AC ride to Goa, Delhi may get cheaper

Coaches under the project would not prove expensive for Railways as the air-conditioner unit would not be very high in terms of quality. 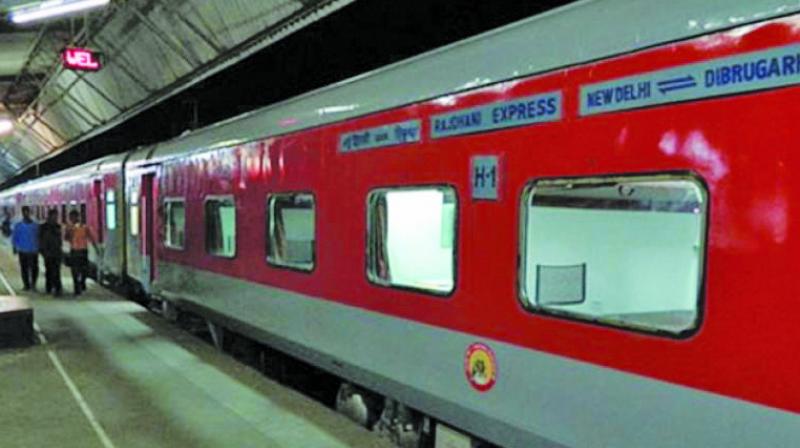 A Mumbai-Delhi 3AC ticket of the Rajdhani Express costs Rs 2,089, which may come down considerably.

Mumbai: Air-conditioned train trips to Goa and Delhi might get cheaper, as Railways plans to introduce new coaches on premium routes at prices lower than those of 3AC coaches of long-distance trains, which offer commuters the lowest-priced air-conditioned journeys.

According to railway officials, the idea came up during a brainstorming session of the Railway Board in Delhi and it has caught the eye of Union minister Suresh Prabhu. They added that while there has been no official communication in this regard if these trains would indeed be launched, it would be a big source of revenue.

Mr Prabhu, who has been asking his officials to think of ways to win back passengers who have shifted from first-AC to economy air travel, has said Railways can bring new coaches under the project. An official said, “Right now it’s an idea but a very good one. As the minister said earlier, we are planning to procure around 45,000 new coaches in the next two years. These coaches could be easily brought under this project and the decreased fares will help woo back passengers that that have shifted to air travel.”

The coaches under the project would not prove expensive for Railways as the air-conditioner unit would not be very high in terms of quality, but would bring the temperature down to 23-24 degrees while also possessing basic amenities, thereby decreasing the maintenance cost for Railways — which in turn would reflect in lowered ticket prices.

Currently, a Mumbai-Delhi 3AC ticket of the Rajdhani Express costs Rs 2,089, which would be reduced considerably, said officials.

Asked about the scheme, ADGPR, Delhi Anil Saxena said, “It is merely an idea as of now. There has been no official proposal in this regard. It was suggested during an ideating exercise a while back and currently there is no decision about it.”