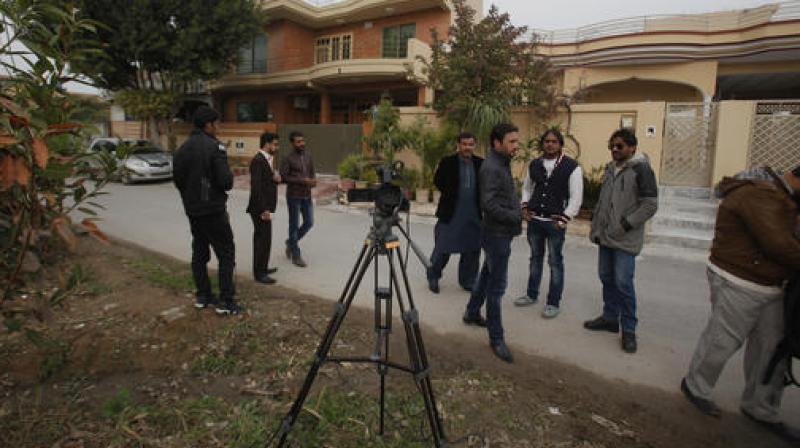 Maharashtra government tabled supplementary demands worth Rs 11,445 crore in the Legislative Assembly, including Rs 15 crore for the implementation of a pension scheme for senior journalists in the state. (Photo: AP | File)

Nagpur: The Maharashtra government tabled supplementary demands worth Rs 11,445 crore in the Legislative Assembly on Wednesday, including Rs 15 crore for the implementation of a pension scheme for senior journalists in the state.

The supplementary demands, which will come up for discussion next week, were tabled by Minister of State for Finance Deepak Kesarkar on the first day of the monsoon session of the state legislature. The government made a provision of Rs 15 crore for implementing the pension scheme for journalists, called Acharya Balshastri Jambhekar Sanman Yojana.

The provision has been made under the grants-in-aid (non salary) to the Director of Publicity. The government also allocated Rs 250 crore to National High Speed Rail Corporation Limited (NHSRCL) as the state's share to the special purpose vehicle of Mumbai-Ahmedabad bullet train project.

The other significant demands include Rs 5 crore for the development and recarpeting of airstrips of Karad and Chandrapur airports. It has been decided to provide additional funds of Rs 159.63 crore for the purchase of two helicopters for the air travel of very very important persons (VVIPs).

As the provision made in the current financial year for the installation of CCTV surveillance system in the state is found to be insufficient, it has been decided to make an additional provision of Rs 35 crore for CCTV projects in Nagpur, Nashik, Aurangabad and other cities, it said.

It has been decided to make a provision for newly generated "basic infrastructure facilities" for the naxal-hit Gadchiroli district. The Centre has provided Rs 5 crore funds under the special central assistance scheme, which needs to be revalidated and budgeted under this scheme.

Another demand of Rs 62 lakh has been presented for expenses associated with the commission of inquiry into the Bhima Koregaon violence. An advance from the contingency fund of Rs 52 lakh was taken earlier, which has been to recouped and an additional provision of Rs 10 lakh is being presented.

An amount of Rs 7.9 crore has been made for the victims of the riots at Bhima Koregaon and Sanaswadi in Pune district in January this year.