Marine experts have advised not to rub the skin after getting stung by blue bottles as it may just increase the pain. 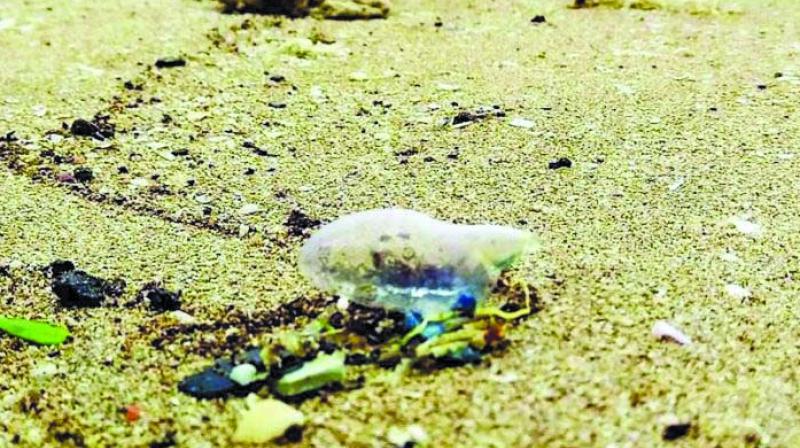 Mumbai: Around six people including children have been stung by the Portuguese Man’O war, commonly known as Blue Bottles, a marine animal that has washed ashore at Mumbai’s Girgaum Chowpatty in large numbers. While there were no fatal injuries, the persons stung by the blue bottles, which is known to have toxic sting, were in severe pain till the bites were attended to.

The incident happened a day after the state government took out advisory stating that the blue bottles have washed ashore at Girgaum Chawpatty and people should avoid going into the waters and be more cautious.

The lifeguards at the beach stated that a boy was in severe pain after being stung by the marine animal after which they cleaned the visible sting. Another college student who was wading into the waters was also in pain and have developed red marks on his foot. “At least six people complained about the pain and irritation on their skin after being stung by the Blue Bottles on the same day,” said one of the guards.

Marine experts have advised not to rub the skin after getting stung by blue bottles as it may just increase the pain. “One should avoid getting in contact with dead Blue Bottles as their unattached tentacles can sting a person causing them extreme pain. This phenomenon happens every year during Monsoon yet the BMC does not put warnings at the beach,” said Pradip Patade, Founder of Marine Life of Mumbai, a group that conducts regular marine walks at Mumbai’s shores and beaches.