488 swine flu deaths reported in Maharashtra between January and August

The experts have attributed the rise of swine flu cases to a change in the virus’ strain. 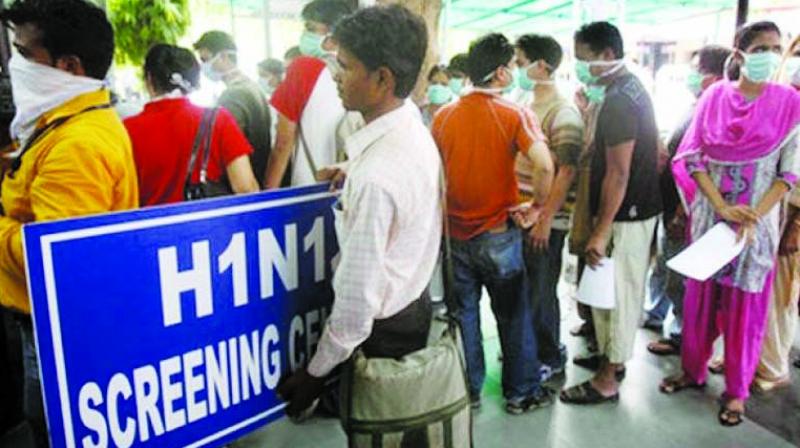 According to Centre’s data 22,186 cases of swine flu have been reported across India in 2017.

Mumbai: The number of swine flu deaths and cases in Maharashtra have risen sharply this year as compared to 2016, according to the state health ministry data. While the state witnessed only 25 deaths in 2016, there have been 488 deaths between January and August.

The central health ministry data shows that 22,186 cases of swine flu have been reported across India in 2017. The experts have attributed the rise of swine flu cases to a change in the virus’ strain. According to a report published by the National Institute of Virology (NIV) — the apex body for influenza virus research in India — there was a slight change in the pandemic H1N1 virus, which has led to the emergence of the mutated Michigan strain.

The spike in the number of cases is due to increased circulation of the Michigan strain. The report also stated that while the California strain was considered dangerous since 2009, the Michigan strain has become a big cause for concern since last year. Dr Om Shrivastav, consultant for infectious diseases said, “We need to make sure that the fatalities are only from the high-risk groups as the virus is more likely to affect this group only. However, if the fatalities are reported in people with relatively better immune system, then it’s possible that the virus is behaving differently.”