Lonavala, Igatpuri train rides to be feast for eyes

The specially-designed Vistadome air-conditioned coaches, with glass roofs, are first of their kind in Indian Railways. 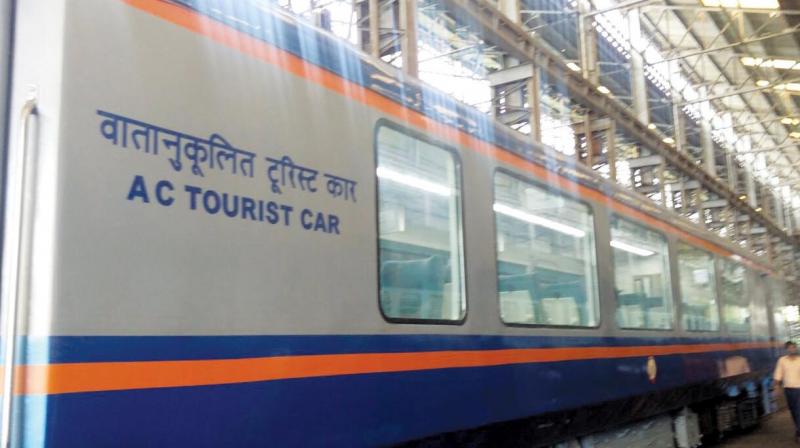 The AC tourist coach has wide windows and skylites.

Mumbai: Soon, you will be able to travel to Lonavala and Igatpuri in a train coach like that seen in European trains plying in the Swiss Alps.

The specially-designed Vistadome air-conditioned coaches, with glass roofs, are first of their kind in Indian Railways. They have large glass windows and an observation lounge that offer passengers a panoramic view of the sites along the rail route.

The first Vistadome coach, which are built in Chennai, was launched between Vishakapatnam and Araku Hill station in April by then minister of railways Suresh Prabhu. The railways launched the coach to introduce the idea of high-end travel to those who can afford it.

To be attached on trains to Lonavala and Igatpuri some time in September, this will be the second instance of the Vistadome coach being used in India.

The main features of Vistadome coaches include the glass roof that boasts of electrically controlled opalescence, LED (light-emitting diode) lights, a system to track the train based on Global Positioning System (GPS) and rotating seats.

The electrically controlled roof can be made transparent, if necessary, for passengers to get a panoramic view of their journeys. In case passengers want a better view, they can head to the special observation lounge. The coach also has a multi-tier luggage rack.

According to sources, one coach had already arrived in the city last week but was stuck in the Matunga workshop as it happened to be the same day when the August 29 deluge hit the city.

An official said, “The train was to be introduced by the end of the week that went by but because of the deluge, our entire plan went for a toss.”

Central Railway’s chief public relations officer Sunil Udasi said, “We have yet to decide on the exact route but yes, it has arrived in the city. Our passengers will enjoy its benefits soon.”