The MNS workers were slapped with a notice under CRPC 149 and were not allowed to meet the Jain Muni despite many attempts. 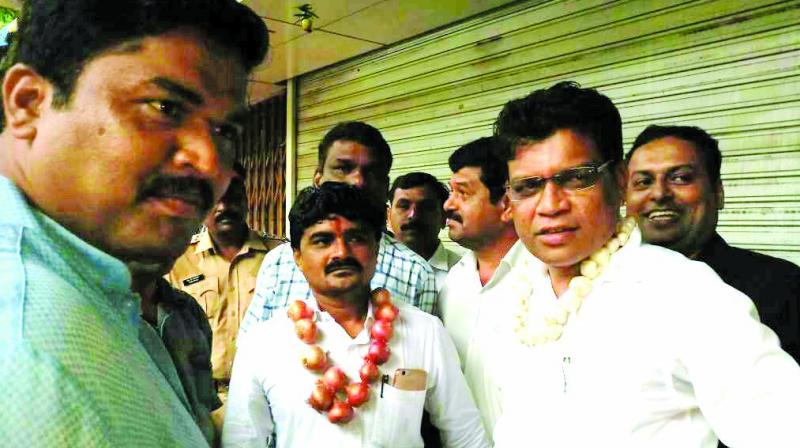 Mumbai: The Samta Nagar police detained 20 Maharashtra Navnirman Sena (MNS) workers on Sunday for attempting to hold a silent protest against Jain Muni Padma Sagar who had issued a controversial statement during the Mira-Bhayandar civic elections regarding the ban on the sale of meat during ‘Paryushan’.

Jain Muni Padma Sagar had allegedly appealed his followers to vote for the Bharatiya Janata Party (BJP) in the Mira-Bhayandar civic elections, saying that they will bring about a ban on the sale of meat during the Jain festival of ‘Paryushan’. To act against the statement, the MNS workers had planned on protesting in Kandivali east. However, the BJP workers in the area, who had already put up banners for welcoming the Jain Muni, alerted the police.

The Samta Nagar police then issued a notice under the section 149 of the IPC against the MNS workers late on Saturday night in an attempt to prevent any cognisable offence because of their alleged unlawful assembly. Deputy commissioner of Police Zone 12 (which includes Samta Nagar) Vinay Rathod while confirming the detention and said, “The silent protest was stopped from taking place and the situation was brought under control.”

The Samta Nagar police had put up a bandobast in Thakur Complex’s Terapanth Bhavan, where the Muni was scheduled to visit. MNS volunteers showed up near the venue in an attempt to carry on with their silent protest with a garland of onion and garlic on Sunday. The police arrested 20 of them while on the way to the venue and released them only after Padma Sagar had left the venue on Sunday evening.

Kiritkumar Shinde, an MNS worker said, “It was a silent protest by the MNS, to show their anger against the fact that despite the BJP putting up many banners in the area, MNS are not allowed to put up a single banner.