The cops had conducted raids at two apartments in posh residential colonies of Mira Road on August 13. 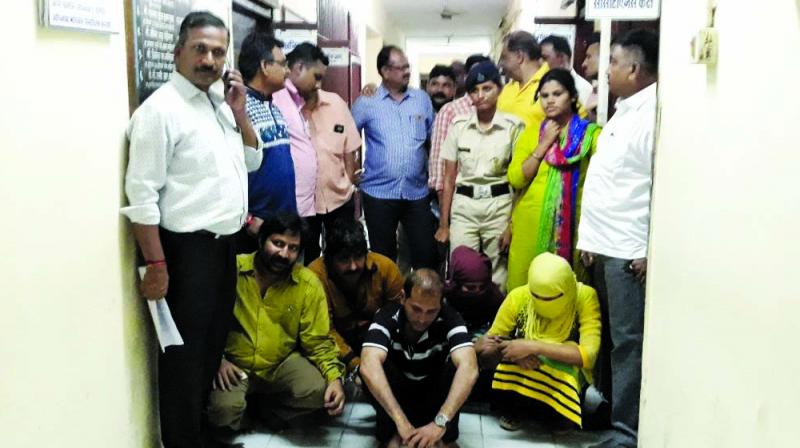 The cops had conducted raids on August 13 and rescued two minor girls from the clutches of five people.

Mumbai: Less than a fortnight after they busted an organized interstate child trafficking gang in Mira Road, the Anti Human Trafficking wing of the Thane (rural) police apprehended the lady kingpin and her accomplice, both names withheld by the police, from New Delhi for their involvement in executing the abductions.

The police team led by assistant inspector Sanjay Bangar and sub-inspector Pramod Badhak, disguised themselves as salesmen and government surveyors to conduct a recce in a sprawling residential colony in south west Delhi after receiving a tip-off from members of the NGO, Transforming Lives Foundation.

The cops had conducted raids at two apartments in posh residential colonies of Mira Road on August 13 and rescued two minor girls, including a toddler from the clutches of five people, who were arrested and booked under the relevant sections of the IPC and Juvenile Justice (Care and Protection of Children) Act.

During investigations, it emerged that the kidnappings were executed by a Delhi-based gang led by a woman, who was active in the rural areas of Delhi, Rajasthan, Punjab and Bangalore, from where children, especially minor girls were abducted and sold to mediators who then pushed them into immoral activities.

Considering the sensitivity of the issue, Additional SP (Thane-Rural)-Prashant Kadam, under the instructions of SP Dr. Mahesh Patil, deputed a special squad to apprehend the woman and her accomplice from their last known location near Dwarka in New Delhi.