NGO Vanshakti has written to environment ministry, MCZMA over it. 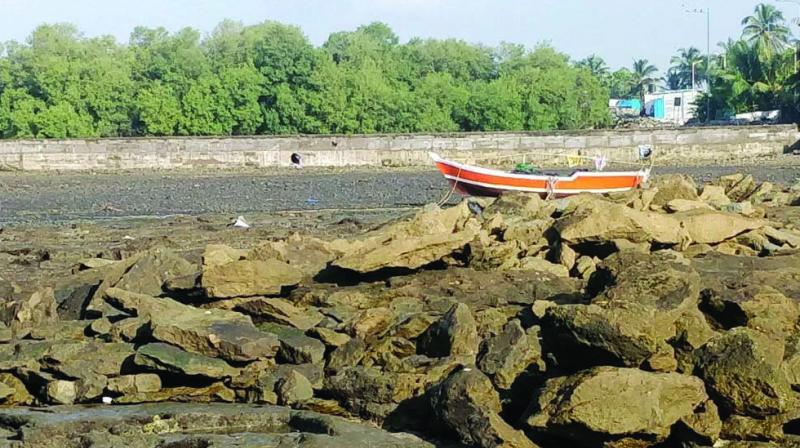 Mumbai: Chimbai beach in Bandra has been flattened and subjected to rampant reclamation, while government officials are busy preparing for the elections, environmentalists have claimed.

They stated that the destruction of age-old rocks at the site is being carried out in the absence of adequate approval from the Maharashtra Coastal Zone Management Authority.

Around 10 areas of the beach have already been reclaimed, while the work of further reclamation is going on.

NGO Vanashakti has written to the state environment ministry, MC-ZMA and Konkan Wetland Grievances Redressal Committee stating that the reclamation work has led to destruction of natural rocks at the site. “These acts will increase flooding in nearby areas and increase erosion. Beaches are CRZ 1 and are public assets meant to be kept inviolate for present and future generations,” read the letter.

“The work is being carried out based on the permission by the MCZMA citing expansion of jetty area. However the area, which has been reclaimed has no jetties. Jetties are present around 500 metres away from the site,” said Stalin Dayanand, project director, Vanashakti.

The work was stopped earlier following hue and cry from fishermen, but state minister Ashish Shelar filed a police complaint on the matter, seeking protection while allowing the work.

The CRZ permissions have been given for construction of two boat yards with two ramps each, two net mending sheds in the extension of jetty. “At Chimbai sedimentation is high, hence, location and alignment of jetty needs to be designed properly in order to avoid excessive siltation on downward side. Mangrove patch near the site should not be destroyed,” read the condition by MCZMA.

“We have stated that the natural course of water should not be disturbed. Given the complaints, we will look into the matter if there are any violations,” said a MCZMA official.