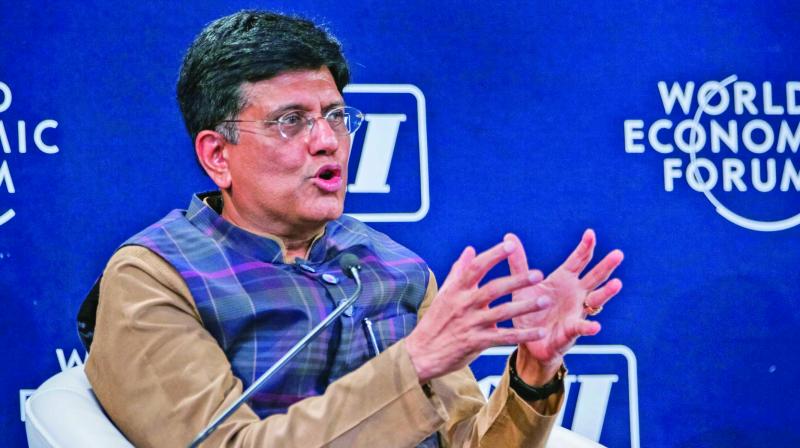 Minister of commerce and industry Piyush Goyal speaks during the session 'Trading Against the Tide' at the India Economic Summit 2019 in New Delhi. (Photo: PTI)

Mumbai: A domestic help has been arrested for allegedly committing theft at Union railway minister Piyush Goyal's house in Mumbai. The 25-year-old accused, Vishnu Kumar Vishwakarma, who is from Delhi, was also booked under the IT Act for allegedly sharing information from a computer in the house with unidentified persons.

The alleged theft came to light on September 19 when the minster's wife, Seema Goyal, who was travelling outside Mumbai, returned home and found valuables including silver vessels, some antique items and clothes missing. Vishwakarma, who worked at the minister's house, was untraceable. The minister's flat is located in south Mumbai's posh Nepean Sea Road area.

The police said that Vishwakarma stole silver artefacts, watches and clothes amounting to `40,000 and a hard disk from the residence on September 16. He was arrested from the national capital on Tuesday and brought here on Wednesday, a police official said.

“Mrs Goyal noticed the theft on September 19 after she returned home. She then sent their personal assistant to the police station following which a case was registered,” said an officer from Gamdevi police station.

The investigators noticed that one of their domestic help was missing. On the basis of suspicion, Gamdevi police traced Vishwakarma in Delhi and took him to the police station for inquiry. During the course of interrogation, Vishwakarma confessed to the crime.

“The minister was unaware that a hard disk was also stolen. It was Vishwakarma who told us that he had fled with a hard disk and had even connected it to a computer. He claims that he wanted to check whether it was working,” added an
officer.

The investigators are checking whether Vishwakarma has leaked any important documents from the device.

The police registered a case under Indian Penal Code sections 381 (theft by a domestic help), 405 (criminal breach of trust) and the Information Technology Act.