Indrani claimed that someone inside prison may have tried to poison her. 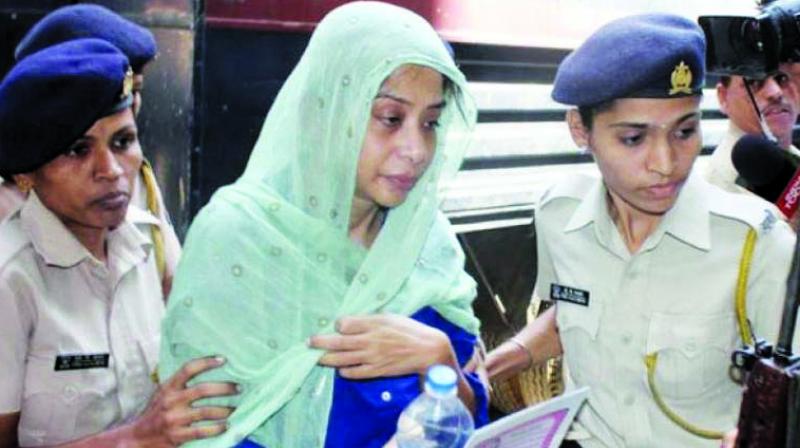 Indrani sought bail, citing ill health and an alleged threat to her life.

Mumbai: A special CBI court Saturday rejected the bail application of Indrani Mukerjea, prime accused in the murder of her daughter, Sheena Bora.

Special CBI Judge J.C. Jagdale, while rejecting Indrani’s bail plea, observed that the accused was facing trial on serious charges and that several important witnesses such as Rahul Mukerjea (Indrani’s stepson) were yet to record their evidence in the case. Indrani sought bail, citing ill health and an alleged threat to her life. This was the second time the court rejected her bail plea.

Indrani’s lawyers have been pleading for bail on medical grounds. On one occasion last month, Indrani even chose to represent herself in court and argued that there was a threat to her life inside prison. “Will the CBI take responsibility if I die?” she asked the Judge.

Indrani, who is lodged in the Byculla prison, in her application mentioned two occasions when she was hospitalised – once for suspected drug overdose and again in April when she complained of difficulty in breathing. Indrani claimed that someone inside prison may have tried to poison her.

Indrani was arrested in August 2015 for allegedly murdering her daughter Sheena Bora on April 24, 2012. Apart from Indrani, others arrested in the case included her husband and former media baron Peter Mukerjea; and her former husband Sanjeev Khanna. Indrani’s driver, Shyam-war Rai, was also arrested in the case but later turned approver. Rai’s bail plea was rejected Friday. The trial in the case began last year and over 10 witnesses have deposed so far.