Girl who jumped off train, discharged

Kamble was traumatised after a man boarded the ladies compartment near CST. 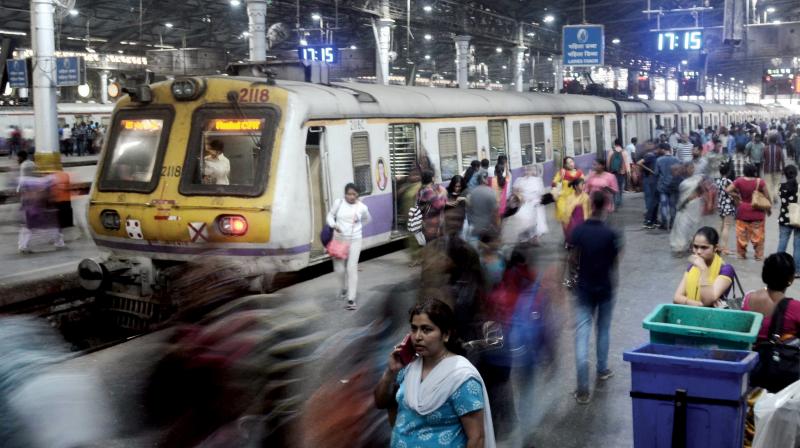 Mumbai: Payal Kamble (13), who jumped off a moving local train after a man boarded the ladies compartment near Chhatrapati Shivaji Maharaj Terminus (CSMT) station on October 22, was discharged from the hospital on Saturday. The girl’s father told The Asian Age that his daughter suffered due to the incident and she received treatment for a one-and-a-half month as she was traumatised.

The girl was travelling in a general women’s coach when a man entered the compartment. She jumped off the train after he came close to her to allegedly molest or rob her. The accused was arrested later. The secondary school student sustained severe injuries to her leg and back.

Ms Kamble has been travelling on local train since last year after she enrolled in Dadar’s King George school as a class VII student. The girl stated that this was the first instance when something so unusual happened with her.

“I am still unable to keep my foot on the ground, leave alone walk. I was traumatised, but I am not scared. I don’t think the city is unsafe as something like this had never happened before,” Ms Kamble said.

Payal Kamble reiterated that she would not allow this incident to affect her and that she was awaiting to go back to her routine. “I will continue to travel as before. I have been travelling between Dadar and CSMT alone, the only difference that day was not one woman was present in the coach. I won't let that happen again,” she stated.