Late BJP leader Pramod Mahajan had given 4.5 acre to Tapaswi Trust to run a college in Osmanabad. 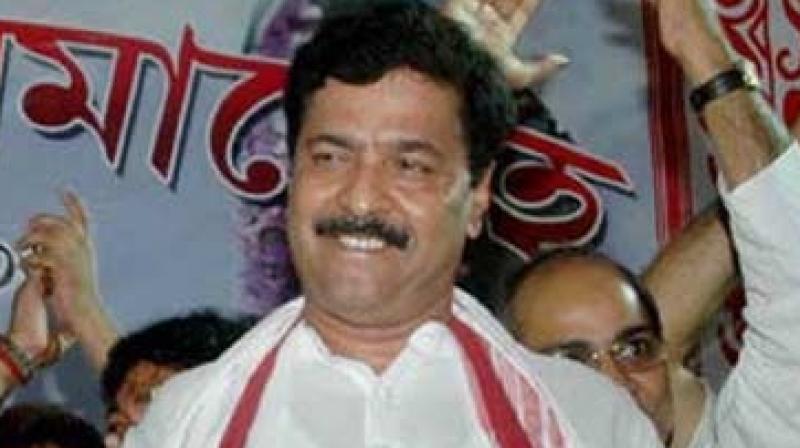 Mumbai: Section 25 of Hindu Succession Act, which states that a murder convict does not have any right in a hereditary property, has become the bone of contention in a property dispute involving members of late Bharatiya Janata Party (BJP) leader Pramod Mahajan’s family.

The politician had given 144 gunthas (or nearly 4.5 acres) to the Tapaswi Trust to run a college in Osmanabad several years ago with the consent of his family. The leader was mysteriously shot by his brother Pravin on the morning of April 22, 2006, succumbing to a heart attack on May 3.

Pravin — who was convicted by the session court and awarded a life sentence — died of brain haemorrhage in March 3, 2010.

The trust had objected to Pravin’s family having a share in the property by filing a civil suit in an Osmanabad court two years ago. Other family members, however, haven’t made issue over this. The hearing in the case began on Saturday.

Sarangi alleged that had received threats from Milind Patil, the secretary of the trust, at Poonam’s behest.

Mr Patil, who handles the administration of the college, however, refuted these allegations.

Mahajan’s brother Pakash had moved applications to the collector and then the divisional commissioner, stating that transfer of land to the trust was illegal. As per the divisional commissioner’s order, the name of the trust was removed from the 7/12 extract and the property was vested in the name of the Mahajan family members (the sons and daughters of Vyankatesh Mahajan) i.e. Rekha (Pramod’s wife), Prakash, Sarangi, Pradhyna (wife of Gopinath Munde) and one Pratima Fulmbrikar.

“But Sarangi wants the property to be distributed between three brothers only which is not possible. I am not denying her right. I prepared a consent note in 2013, but Sarangi did not sign it. She filed a civil suit in the Osmanabad court,” Mr Prakash Mahajan said.

The Tapaswi Trust has now challenged the right of Pravin, raising an objection before the court that as per section 25 of Hindu Succession Act, a murderer is disqualified from inheriting property rights.

Rekha, Pradhyna and Pratima, are ready to give their share to the trust for the college. “Sarangi will get 28 gunthas, but as per the court order, measurement of the land will be undertaken again,” said Mr Prakash.