Sena sources said that there was nothing wrong in Aaditya attending the meeting as he has tremendous interest in the tourism sector. 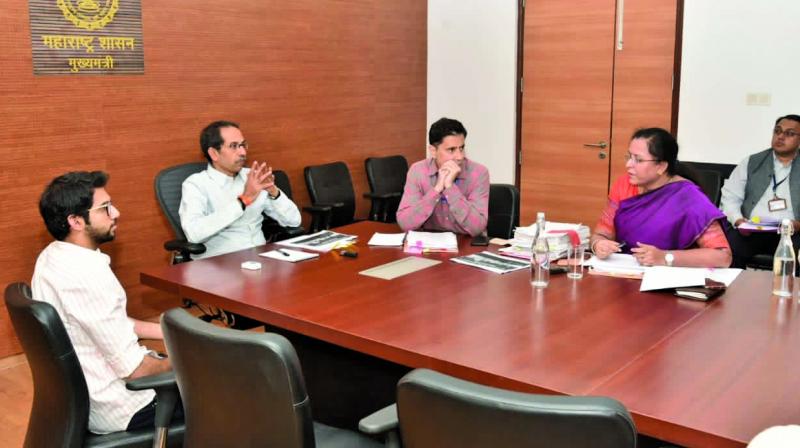 Mumbai: Aaditya Thackeray’s presence in a meeting held by chief minister Uddhav Thackeray on Monday  has raised eyebrows in political circles. The issue is likely to raise controversy in the coming days.

Aaditya, the son of the chief minister, was elected from the Worli constituency in the recently held Vidhan Sabha polls and he has been seen with his father ever since Mr Thackeray took the reins of the state.

The chief minister had held a meeting with the senior officials of the tourism department, which was attended by Aaditya and Yuva Sena secretary Varun Sardesai. In pictures released by the directorate general of information and public relations, Aaditya was seen sitting next to Mr Thackeray, prompting netizens to ask how the junior Thackeray could attend meetings with secretary-level officials.

However, according to sources, MLAs can attend such meetings and it is the sole discretion of the CM to invite anyone to attend them. If an MLA has given a suggestion for any proposal or has made a demand, he can be invited to participate in meetings.

Sena sources said that there was nothing wrong in Aaditya attending the meeting as he has tremendous interest in the tourism sector. “Tourism is one of Aaditya’s favourite subjects and he has several ideas to promote it in the state. It was Aaditya’s decision to bring penguins to the Byculla zoo, which proved to be a big hit,” a party insider said.