The court was hearing a petition alleging that the Maharashtra government had done little to implement the Dowry Prohibition Act, 1961. 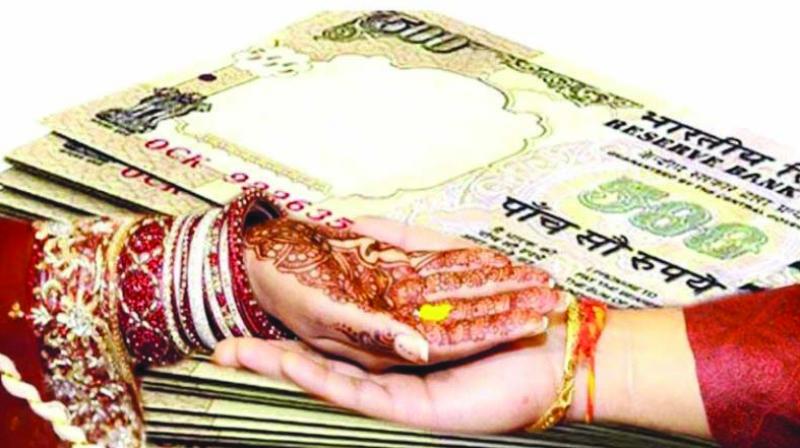 The court had earlier asked both the state and the Centre to respond on action taken in this regard. (Representational Image)

Mumbai: The union government informed Bombay high court of the measures taken by it to curb the dowry menace such as issuing guidelines to states to block matrimonial websites encouraging dowry. The Centre told the court that it had informed various states including Maharashtra about the same.

The court was hearing a petition alleging that the Maharashtra government had done little to implement the Dowry Prohibition Act, 1961. The court had earlier asked both the state and the Centre to respond on action taken in this regard.

Petitioner, Advocate Priscila Samuel, said that there was lack of will on the part of the state government to curb proliferation of matrimonial websites that did not restrict male applicants from demanding dowry. She said that the state had failed to appoint dowry prohibition officers or form a grievance redressal mechanism. The PIL claimed that though the Dowry Prohibition Act was enacted in 1961, the state had done “little” to control the dowry menace. “The division bench headed by Justices Shantanu Kemkar and Prakash Naik posted the matter to January 10 for next hearing,” said Advocate Samuel.

While responding to the petition, Advocate General Rohit Deo and government pleader Abhay Patki, assured the court that steps would be taken to implement such guidelines. Advocate Patki submitted that the state would file an affidavit within two weeks, detailing steps taken regarding putting in place a grievance redressal mechanism and district-level advisory boards, as also the time-frame within which these would be set up.

AG Deo told the court that the proposal of appointing dowry prohibition officers was under consideration of the state women and child welfare department.