Cops detain 30 students after denying permission at the last minute. 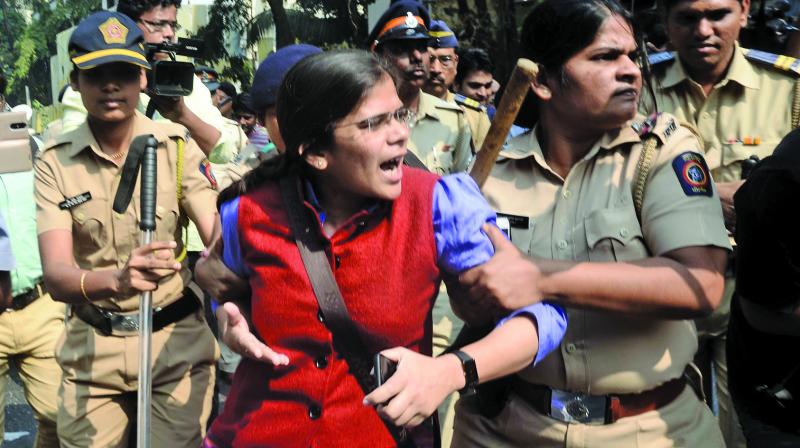 Mumbai: In the backdrop of Wed-nesday’s Maharashtra bandh, the Juhu police denied permission to an event at Vile Parle, which was to be attended by the newly elected MLA of Gujarat Jignesh Mewani and  JNU student leader Umar Khalid. The event was organised by Chhatra Bharati organisation, a student outfit active at the university level across Maharashtra. Before the event could start, the Juhu police detained almost 30 students including MLC Kapil Patil and Chhatra Bharati’s chief Datta Dhage.

The event in question was the All India Student Seminar, which was organised by Chhatra Bharati at the Bhaidas auditorium in Vile Parle. Mr Mewani and Mr Khalid along with

When the Chhatra Bharati was told about the cancellation of the event at the last minute, the student body decided to still go ahead with it. “It is our right to address a seminar. We believe in the constitution and the police should have allowed us to speak,” said Mr Dhage. 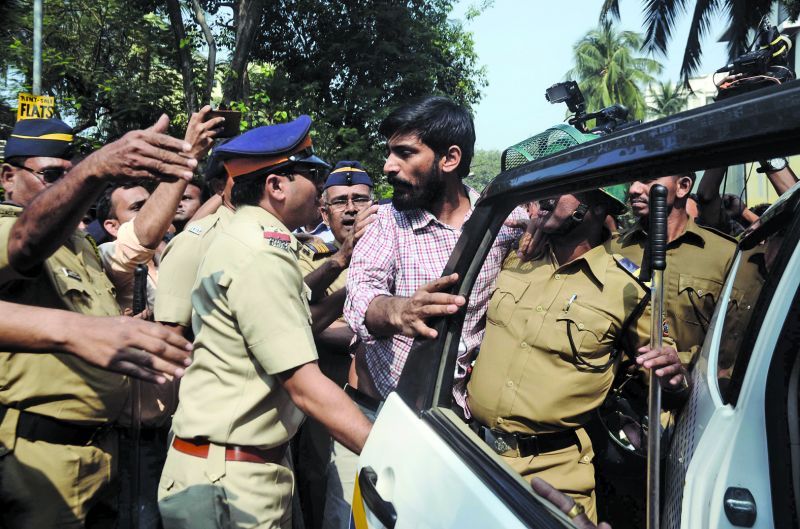 Pradip Narwal being taken away by the police upon detention. (Photo: Shripad Naik)

As the student organisation decided to keep the function going, the police intervened with action around 9.30 am. It first detained Mr Dhage and later, few others activists associated with the organisation were detained.

MLC Kapil Patil was one of the scheduled speakers and had reached the spot by 10 am but was detained by the police. Along with Mr Patil, police detained student leaders Richa Singh and Pradip Narwal.

Speaking to The Asian Age, Sachin Patil, deputy commissioner of police (operations) said, “The event in Vile Parle was not granted permission and hence the auditorium was sealed. A few students were detained, but were released in the evening.”

However, Kapil Patil denied the police’s version saying that the organisers had informed the Mumbai police well in advance and the permission issue was brought up at the last minute.

Prakash Ambekar said, “The CM has told me that the permission was denied because of the violence in Bhima Koregaon and the bandh,” he said.

The Opposition parties have slammed the state government for denying permission for the event.