Provision of Rs 1,520 crore proposed for the improvement of roads and traffic. 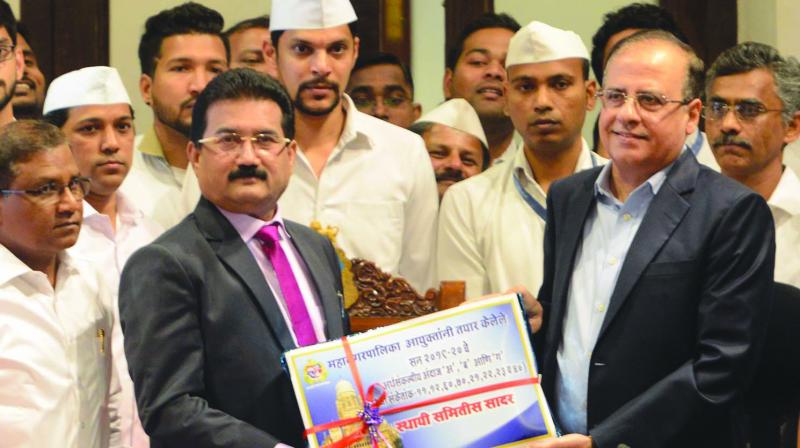 Mumbai: The Brihanmumbai Municipal Corporation’s (BMC) fiscal budget for the year 2019-20 will continue to concentrate more on major infrastructure projects that have already been announced. Along with this, the civic body is also expected to allocate substantial funds for Swachh Bharat initiatives, flood-mitigation measures and the reconstruction of dilapidated bridges in the city.

In the budget, the municipal commissioner Ajoy Mehta on Monday announced that a provision of total Rs 1,520 crore is proposed for the improvement of roads and traffic in the city. This is an increase of budget by Rs 144 crore for roads as compared to last year’s revised estimate.

After presenting the budget, Mr Mehta said, “We have focused on development projects for improvement of city’s infrastructure like roads, storm water drains, bridges, solid waste management, water projects as well as to provide basic amenities.”

It is proposed that this year, city will get around 370 kilometers of roads improved with cement concrete and asphalt. Some of the major roads proposed for improvement are Mancherji Joshi Road and Morland Road, Jogeshwari-Vikroli Link Road, Link Road from S.V. Road to Mahavir Nagar and Sunder Nagar main road, Church Pakhadi Road in western suburbs, Ghatkopar-Mankhurd Link Road (GMLR), Mahul Road and Lal Bahadur Shastri Road.

Mumbai will also have better footpaths this year as civic body has now finalised new footpath improvement policy with an aim to avoid illegal digging and increase their lifespan. A provision of Rs 100 crore has been proposed in the budget for the same. All the footpaths from now onwards will be improved with stencil concrete, cement concrete instead of paver blocks.

In order to clear bottlenecks in the city, the BMC has undertaken work of flyovers like GMLR, Mrinaltai Gore flyover and Kora Kendra.