City likely to get waste-to-energy plants this year

Environmentalists have said that this should help in decongesting the landfills and spare new sites for dumping debris. 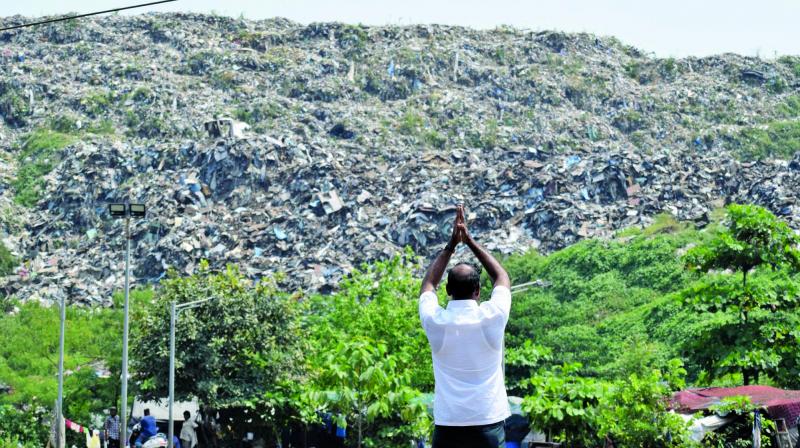 The revised tender for the waste-to-energy plant at the Deonar dumping ground with a capacity of 600 tonnes per day (TPD) is under process.

Mumbai: The city’s landfills may finally be rid of a significant amount of garbage as the Brihanmumbai Municipal Corporation (BMC) has mentioned waste-to-energy plants in the budget.

While the one at the Deonar dumping ground may get a work order before the monsoon, the work of the city’s first construction and demolition waste processing and recycling facility, may also begin this year.

Environmentalists have said that this should help in decongesting the landfills and spare new sites for dumping debris.

The revised tender for the waste-to-energy plant at the Deonar dumping ground with a capacity of 600 tonnes per day (TPD) is under process. “The earlier tender for the 3,000 tonnes per day plant got no response, which is why we had to float another one with a revised capacity,” said Ajoy Mehta while announcing the budget. A budget of `100 crore has been proposed for the same for this year.

Along with this, the BMC has also made a provision for `4.50 crores for setting up the construction and demolition waste processing facility for which, the work order will be issued by June 1 this year. While environmentalists have welcomed the move, they have also said that it should be done with immediate effect.

“Although the budget for the project is little less, it may help in processing the debris waste from the construction and demolition, and natural wetlands will not be destroyed in the process. At least it will not be needed to come up with new sites for dumping debris that the BMC is doing right now,” said Stalin Dayanand, project director of Non-Governmental Organisation (NGO) Vanashakti.

Others stated that instead of delaying the process, the BMC should provide assistance to the entrepreneurs to carry out waste processing which is the need of the hour in every corner of the city.

“BMC keeps making promises but now, it should be held responsible for the announcements it makes. This was proposed earlier in 2014, however the Brihan-mumbai Municipal Corporation has failed to provide any resources like land to set up the debris recycling unit,” said Rishi Aggarwal, solid waste expert.