Lawyer says petitioners have failed to highlight how rules were broken. 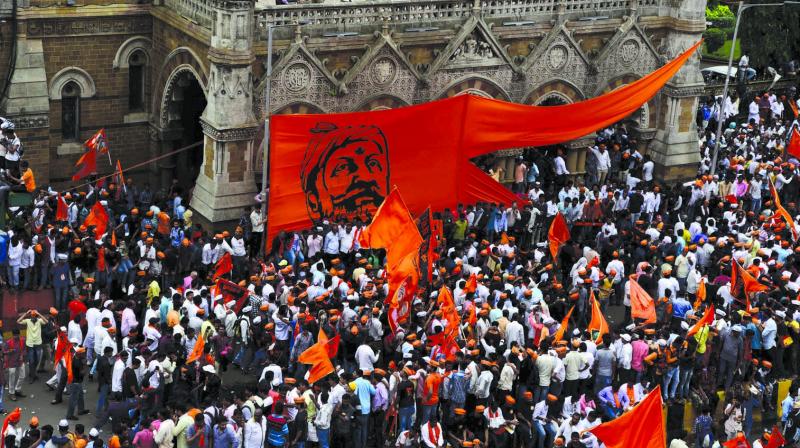 Mumbai: The state government on Monday argued that, despite raising several objections, the petitioners in the Maratha reservation case have failed to highlight what rules the Maharashtra State Backward Classes Commission has violated. The commission’s counsel submitted that the constitution of the commission a-nd its findings are lawful.

A division bench of Justice Ranjit More and Justice Bharti Dangre was hearing a bunch of PILs filed against the state government decision to grant a 16 per cent quota to the Maratha community in government jobs and educational institutions.

On Monday, senior co-unsel Anil Sakhare started arguments in support of the commission. He sa-id, “We took scientific conclusions from the survey while taking the decision on Maratha reservation.” After completion of all the legal formal-ities, state had appointed members of the commission, he added.

Stating that there were no mistakes in the report by the commission, whic-h in its recommendations has declared the Maratha community as socially and educationally backward class of citizens (SEBC), Mr Sakhare said information gathered by the commission is auth-entic and took into account proper sources.

Headed by Justice (retired) M.G. Gaikwad, the commission had given work to five organizations whose area of expertise in conducting social surveys. Represen-tatives of these organisations went to 28 districts and five talukas of the state, he added. The survey has not been carried out in Gadchiroli and nearby Adivasi districts because the Maratha community is non-existent there, he said.

Mr Sakhre also argued that the petitioners’ claim that Mumbai city had been ignored by the state while conduc-ti-ng survey was false. “We have held public hearings at various places in the city,” he said.

He added that twenty-one public hearings had been held in the state so far and a door-to-door survey had also been carried out in six cities.