This brings to the fore the insensitivity of the civic administration and the ruling governance towards such a serious issue. 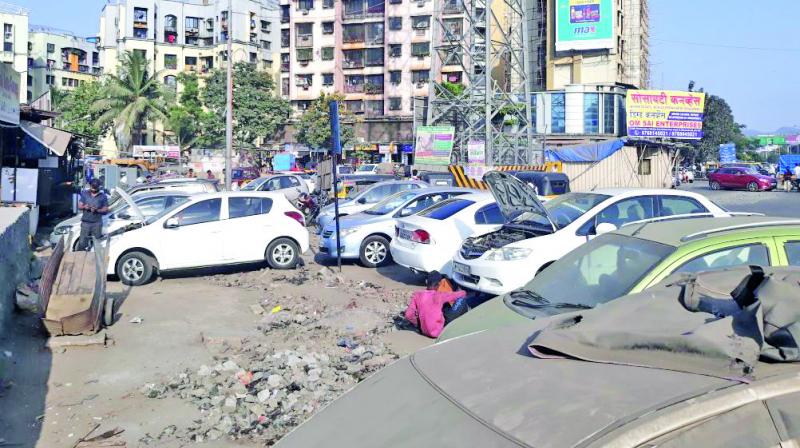 Mumbai: Despite the Mira-Bhayandar Municipal Corporation (MBMC) having drafted a policy to tackle encroachment of walkways and roads by garages, vehicle show rooms, spare part vendors, car washing and service centres, the policy continues to remain on paper for more than three months now. This brings to the fore the insensitivity of the civic administration and the ruling governance towards such a serious issue.

A specially designated committee led by mayor Dimple Mehta had inked a 20-point agenda for such establishments which included issuing licenses as per limited road usage regulations and adherence to parking regulations; and imposition of heavy fines, cancellation of licenses and impounding of vehicles of violators.

But the onus of enforcement lay with the concerned ward officials who mysteriously shied away from acting against errant establishments. So much so, street
mechanics, open-air garages, and service centres gobbling up entire pavements has become a regular sight in the twin-city.

Local resident Anil Nautiyal said, “Mechanics have converted footpaths into full-scale garages where they not only spray-wash vehicles but also repair cars and sell spare parts. Most of them leave behind a residue of grease and oil, posing a threat to life and limb of pedestrians.”