he bodies will be kept on ice slabs till family members arrive Wednesday afternoon. 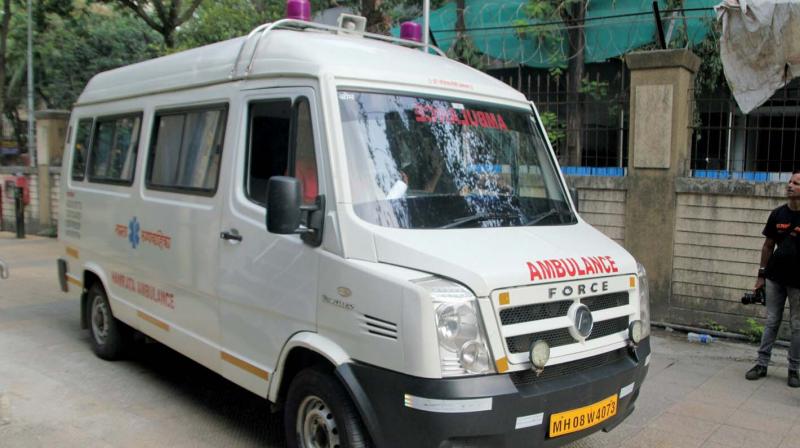 The bodies of the family members are brought to Shatabdi Hospital. (Photo: Mrugesh Bandiwadekar)

Mumbai: The bodies of five members of the Borivali-based D’Souza family — who drowned in the sea off the Ratnagiri coast Sunday afternoon — reached the city Monday evening and were sent to the mortuary of civic-run Shatabdi Hospital, Kandivali, till relatives arrived from abroad for the last rites. The bodies will be kept on ice slabs till family members arrive Wednesday afternoon.

The D’Souzas were on their way to Ganpatipule in Ratnagiri to spend the summer vacation, when they decided to take a small detour to Are Ware beach to beat the heat. Of the seven family members, six entered the water despite warnings from locals of high tide. Turns out, five members got pulled in by water currents and drowned in the sea.

The deceased have been identified as Kenneth Masters (56), Monika D’So-uza (44), Sanomi D’Souza (22), Ranchor D’Souza (19) and Mathew D’Souza (18), while Lina Masters was saved in the nick of time. Her mother-in-law Rita D’Souza sat and waited in the car as she could not swim.

The Ratnagiri superintendent of police, Pranay Ashok, said, “The bodies were fished out in the evening, and were sent with one of the family members to Mumbai. We have registered an accidental death report in the incident.”