The woman alleged that the Bavanthade lured her by promising her a job and a proposal of marriage. 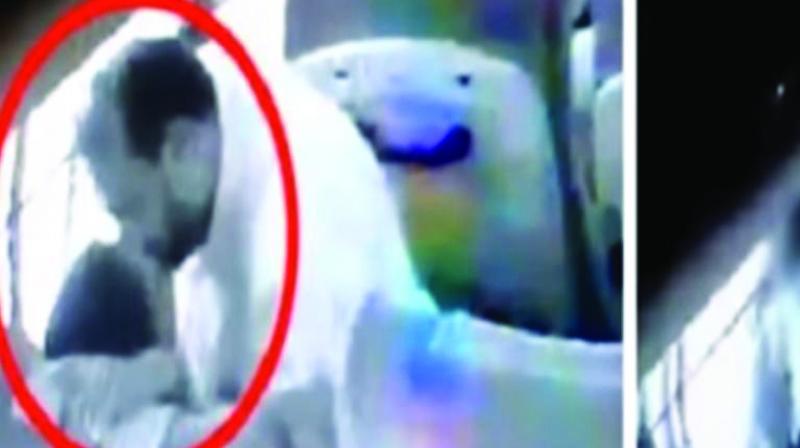 A video of BJP leader Ravindra Bawanthade allegedly kissing a woman in a bus, has gone viral.

Mumbai: The Maharashtra unit of the Bharatiya Janata Party (BJP) was embarrassed after a video allegedly featuring a Vidarbha party leader kissing a woman went viral. Currently, Bavanthade, who is also the secretary of BJP’s Gadchiroli division, is absconding.

The leader, Ravindra Bavanthade from the Gadchiroli district was caught on the CCTV footage of a private bus while kissing a woman. Later, the woman had approached the Gadichiroli police accusing Bavanthade of raping her. She has also alleged that he had lured her by promising her a job and a proposal of marriage.

On June 27, the accused was travelling from Nagpur to Nagbhid in a private bus with the said woman where he was caught on the CCTV footage while kissing her. The video of the CCTV footage later went viral on the messaging application, WhatsApp, after which, the woman approached the police station and filed a complaint against Bavanthade.

The woman has alleged that Bavanthade had assured her that he would marry her and had also promised her of a job before establishing a relationship with her. The accused has been absconding since the complaint was filed against him and the Gidchiroli police officials are searching for him.

Bavanthade is BJP’s senior leader and is also the chief of the Armori assembly and also works as a teacher in a school in Vasala village of Armori Tehsil.

BJP had not issued any official statement about the incident till this story went into print.