Ramee Guestline, Estella and Copa are popular restaurants in Juhu often frequented by celebrities and other elites. 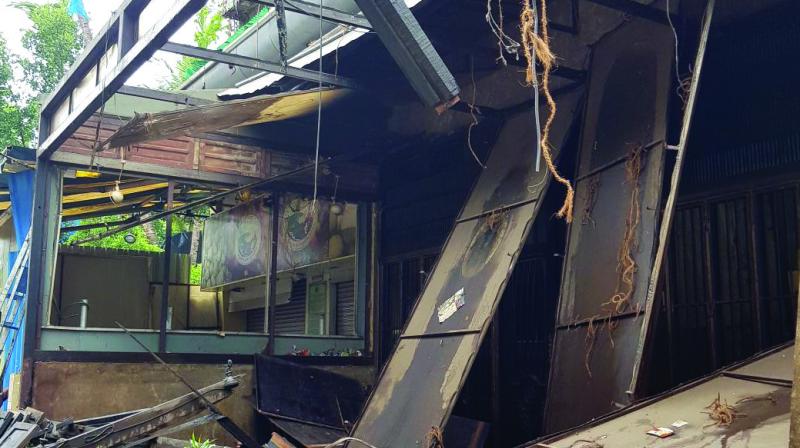 According to the civic officials, a notice was served to the restaurants for encroaching open spaces.

Mumbai: The Brihanmumbai Municipal Corporation (BMC) on Tuesday cracked a whip on three popular restaurants in Juhu — Ramee Guestline Hotel, Estella restaurant and Copa restaurant — by removing certain illegal extensions raised by them in the compulsory open spaces. These eateries were found operating business at these spaces by violating the municipal norms, said civic officials.

Ramee Guestline, Estella and Copa are popular restaurants in Juhu often frequented by celebrities and other elites.

According to the civic officials, a notice was served to the restaurants for encroaching open spaces. After which, the BMC had demolished the illegal coverings, which had been erected by these eateries.

“The restaurants had put up glass portions and were also using the area for cooking. We asked them to restore the compulsory open space, failing to which the extensions were demolished without any further intimation. These open spaces are necessary for the movement of pedestrians as well as from the perspective of safety,” said Prashant Gaikwad, assistant municipal commissioner, K-West ward.

In another, separate demolition action, the civic body has removed unauthorised hutments and shops in Behram-pada and Nirmal Nagar, and the Garib Nagar slums at Bandra east. More than 100 slums and shops were demolished during the drive.