The accused were produced in court on Tuesday and remanded to forest custody. 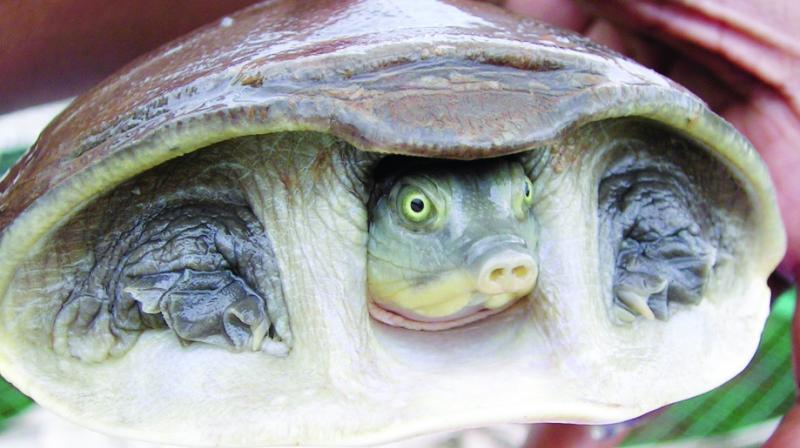 Mumbai: Two persons were arrested on Monday for allegedly transporting Indian Flapshell Turtle, a schedule I species of turtle, after a tip-off was passed on by the Thane forest department. The department however had to chase the duo as the latter did not stop their vehicle for nearly 2km on the highway. The accused were produced in court on Tuesday and remanded to forest custody.

The two offenders namely Devidas Balasaheb Gaikwad and Anil Choure, 28 and 25 years’ old, respectively, were ferrying the turtle at around 10am on Monday.

According to the tip-off, the vehicle was moving towards Nashik after which, Shahapur forest officers laid a trap to intercept the tempo in which the accused were travelling.

When the tempo was spotted on the highway, forest officials rushed towards it to stop the vehicle from moving ahead. However, the duo did not halt the tempo and tried to dodge officials. A chase ensued for nearly 1.5km before the two were nabbed.

Upon checking the tempo thoroughly, nothing was found in it. Gaikwad and Choure were interrogated separately when one of them revealed that on seeing officials chasing their vehicle, they threw the turtle somewhere near the highway. A search led to the turtle being found tied in a gunny bag.

Gaikwad and Choure have been booked under the Wildlife Protection Act, 1972, under sections 9, 39, 48 (a) and 51 (i). Range forest officer of Shahapur, Vasu Kokare, said that the two were produced in court on Tuesday and remanded to forest custody.