All eyes on Shiv Sena in Council elections

As of now, Jayant Patil of the Peas-ants and Workers Party is slated to retire on July 26. 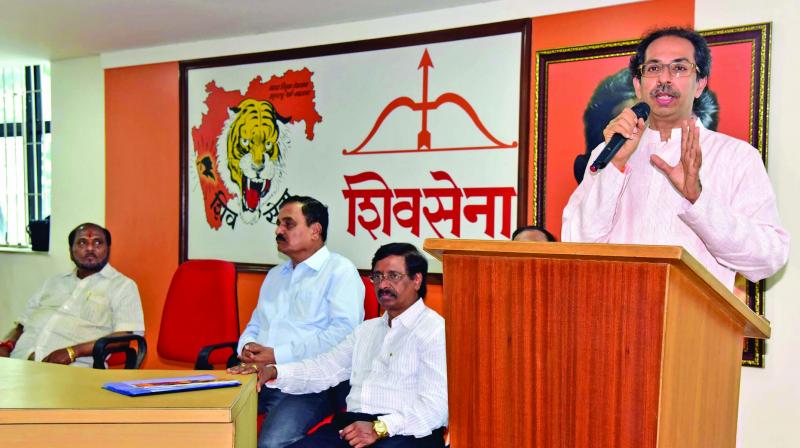 Mumbai: With the Congress and NCP contesting three seats and the BJP fielding five candidates in the Legislative Council election, all eyes are on the Shiv Sena which is yet to declare its candidates.

As per the MLA quota, the Sena can field two candidates. Having a strength of 63 in the Assembly, the party’s two candidates can easily win. But even after this, the Sena has 13 more votes. Now, with the help of independent and second preference votes of the BJP, the Sena’s third candidate, too, can win. For that however, it needs the BJP’s help. Against the backdrop of the Sena contesting all elections against the BJP, it will be difficult for the party to mend fences and go ahead with a third candidate. Alternatively, if the Sena fields only two candidates, the remaining one out of 11 seats could to the opposition.

As of now, Jayant Patil of the Peas-ants and Workers Party is slated to retire on July 26. He is willing to return to the house but that can happen only if the Sena restricts itself to fielding two candidates.