On May 10, 2017, a helicopter assigned to ferry Mr Fadnavis to Nagpur crashed before reaching the pick-up location in Gadchiroli. 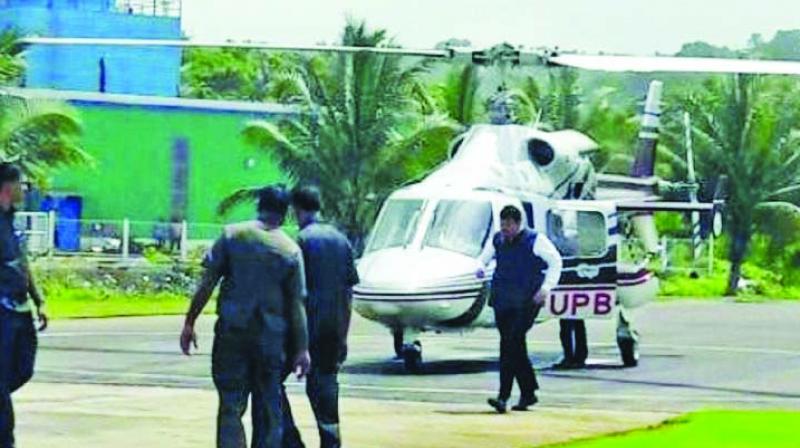 One of the ill-fated helicopters that had ferried the CM Fadnavis.

Nagpur: The Maharashtra government wants to purchase two helicopters at a cost of Rs 160 crore for the use of chief minister Devendra Fadnavis and other state government officials.

The government has proposed a financial provision for this purpose in the supplementary dem-ands, which were tabled by the finance minister Sudhir Mungantiwar in the legislature on Wednesday. Supplem-entary demands worth Rs 11,445 crore were also placed in which the government has made provisions for metro projects and the purchase of tur (pigeon pea) among other things.

Mr Fadnavis faced serious problems in the past while travelling via old helicopters and also met with few accidents. On July 7, 2017, before take-off in a helicopter from Alibaug, Mr Fadnavis narrowly missed being struck by the copter’s tail rotor when the pilot inexplicably started the engines before the chief minister had boarded. Security guards accompanying Mr Fadnavis had then pushed him out of harm’s way.

On May 25, 2017 the rotor of a helicopter carrying Mr Fadnavis tangled with power lines and it crash-landed during take-off from Nilanga in Latur district.

On May 10, 2017, a helicopter assigned to ferry Mr Fadnavis to Nagpur crashed before reaching the pick-up location in Gadchiroli.

In the wake of these incidents, the government plans to hire helicopters from private firms and has decided to purchase its own helicopters and the financial provision will be made accordingly.

Opposition parties have levelled allegations over the purchase of tur for which state has made the provision of Rs 1,528 crore.