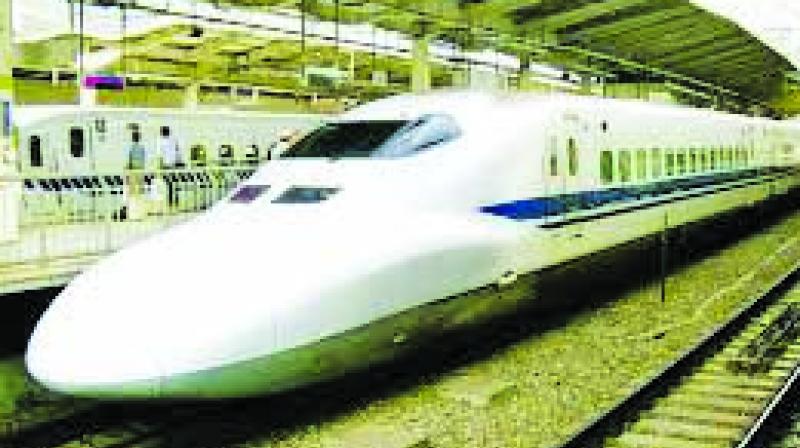 Nagpur: Despite opposition from Shiv Sena chief Uddhav Thackeray, the Congress and the Nationalist Congress Party (NCP), the state government has made a provision of Rs 250 crore for the bullet train project in the supplementary demands. It has placed these demands as “charged” under the compulsory head for which voting cannot take place in the house.

However, Sena leaders Anil Parab and Neelam Gorhe said that their party would continue its opposition to the project in the legislature. The Sena is also expected to raise the issue of the Nanar green refinery project in the house.

The government tabled the supplementary demands of Rs 11,445 crore in the legislature on Wednesday, in which it made a provision of Rs 250 cr for the bullet train. Had the demand been placed under “voting,” the Sena, Congress and NCP would have opposed it. Hence, it was placed under “charged” as the bullet train is Prime Minister Narendra Modi’s dream project.

The project agreement has already been signed under which the state government has to give its share of Rs 250 crore to the High Speed Rail Corporation. Both Maharashtra and the Gujarat governments have a 25 per cent share while railways has 50 per cent stake in the project.

The High Speed Rail Corporation has started work on the project and land acquisition is underway despite opposition. CM Devendra Fadnavis is not giving much importance to the Sena even though the transport department is under Sena leader Diwakar Raote. Notwithstanding, work on the project has started, said senior officers.

The Sena will again raise the issue in the house and oppose the project, said Sena MLA Anil Parab, just as it will raise the issue of Nanar green refinery project. In fact, a few MLAs have questioned the status of the project and the power of the industry minister to cancel the land acquisition process. The CM is expected to answer queries related to it.