A senior WR official said that all the debris from the tracks has been removed. 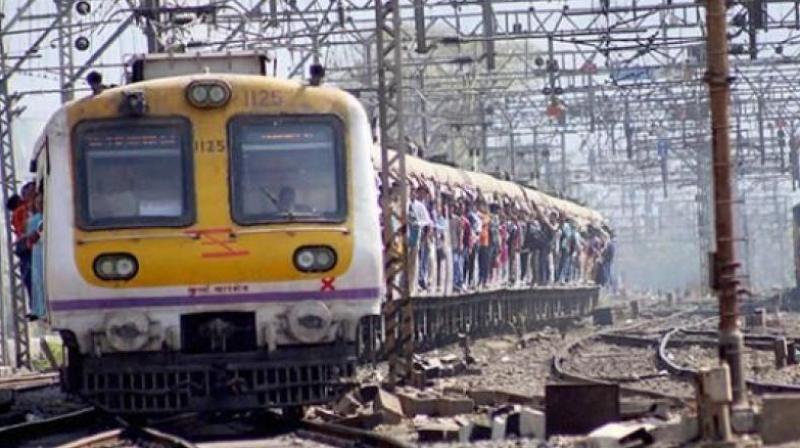 A senior WR official said that all the debris from the tracks has been removed. (Photo: File)

Mumbai: A day after the partial collapse of the Gokhale bridge pathway in Andheri, Western Railway (WR) resumed its services, but with certain speed restrictions between Vile Parle and Andheri around 1.30 am.

Meanwhile, suburban services were affected by 30 minutes due to rail fracture at crossover on the trans-harbour line on Wednesday. Two coaches of the goods train were stopped on the line.

All four lines saw operations though services were delayed by 20-25 minutes.  Also, 34 services were cancelled on Wednesday. However, there are still some issues with the crossover, hence services are not reversing from Andheri station. WR will use the night block of three hours to fix the problem on Wednesday.

The Commissioner Railways Safety (CRS) of Western Circle on Wednesday afternoon inspected the accident site in connection with the inquiry.

An officer from WR, who was with him during the inspection, said, “He has seen the debris which was lying on the site. He will call all the concerned officers and record their statements on Thursday at the divisional manager’s office.”

A senior WR official said that all the debris from the tracks has been removed. The collapse of the bridge pathway damaged the overhead wire (OHE), which had to be changed in order to restore services.

Earlier, in a tweet, WR said, “As trains are being run at a restricted speed of 20 kmph near Andheri for safety, some slow locals from Andheri were cancelled due to bunching of trains. Services are running with delay. Inconvenience is deeply regretted please.” In another tweet, WR said, “Due to some technical issues, train operations from PF No. 4 at Andheri have been suspended temporarily due to which some slow trains will remain cancelled.”

Chief public relation officer of WR, Mr Ravinder Bhakar said, “As we will have to remove the debris from the crossover, we will use the block on Wednesday night to for it so that the alignment will be done for the smooth operation from Thursday.”