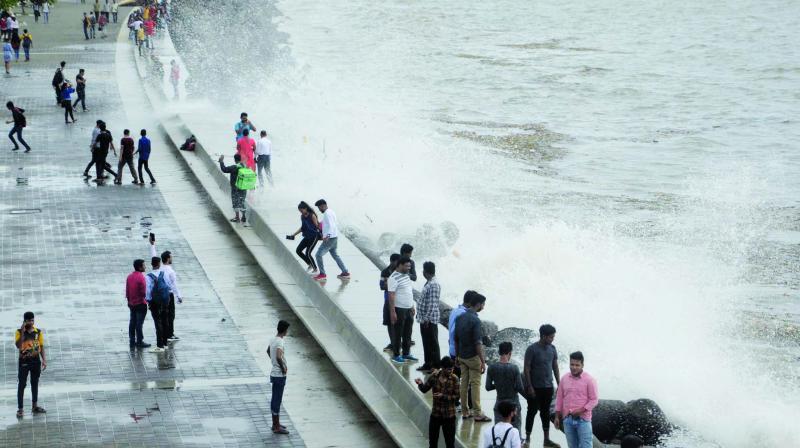 Mumbai: Till July 3, the Santacruz observatory in Mumbai crossed the 1,000 mm rainfall mark, according to the Indian Meteorological Department (IMD). Officials said that over 50 per cent of rainfall was recorded in the first three days of July. The intensity of rain in Mumbai had reduced slightly since Wednesday; however, areas in the south Konkan region were receiving continuous rainfall.

Mumbai recorded a total 1020.5mm rain between June 1 and July 3 at its Santacruz observatory, while the Colaba observatory recorded 633.5mm during the same period. Mumbai received moderate rainfall on Thursday, with areas like Wadala and Mulund recording good spells. “The heavy spell between June 30 and July 2 led to a significant record of more than 1,000 mm rainfall in Mumbai. Although the intensity has reduced now, Mumbai is receiving on and off rains, which is a good sign,” said an IMD official.

During the last 24 hours from 8.30am Wednesday, the Santacruz observatory recorded only 4.1mm rain, while the Colaba observatory recorded 10.2mm rainfall. Meanwhile, Skymet Weather, a private weather forecasting agency, stated that there would be no flooding in Mumbai with this amount of rains. “We expect on and off rain to continue. One or two intense spells can't be ruled out in Mumbai and the suburbs. Flooding and water logging may not happen,” said Mahesh Palawat, vice-president, meteorology and climate change, Skymet Weather.

Meanwhile, the heavy rainfall in the state capital led to an increase in water stock in seven reservoirs supplying water to the city. The water level increased to 12 per cent till Thursday, according to the Brihanmumbai Municipal Corporation (BMC). “From 5 per cent of water left in our lakes, it has risen to 12 per cent. This indicates that we have enough water for another few months,” said a BMC official.