The Opposition in Maharashtra has decided to hold a rally on August 21 to protest against EVMs. 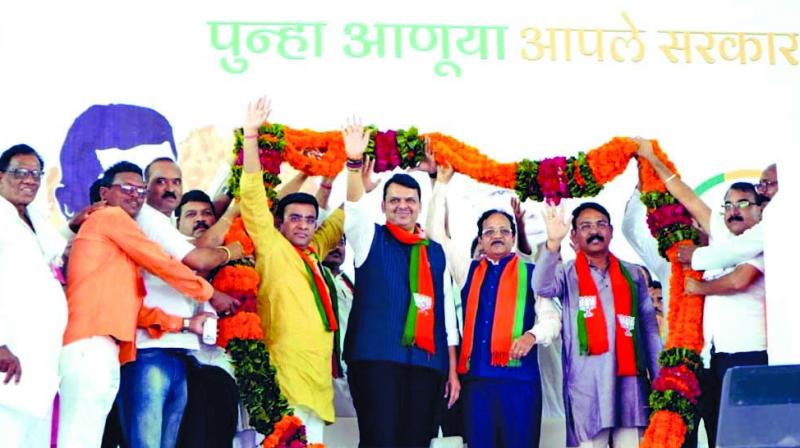 Mumbai: Chief minister Devendra Fadnavis on Sunday ridiculed the proposed joint rally of Opposition parties against Electronic Voting Machines (EVMs) as a ‘cover’ for their imminent defeat in the upcoming Assembly polls.

The chief minister, who is presently undertaking the “Maha Janadesh Yat-ra” in the Vidarbha region, said, “The Opposition parties are sure of facing a historic defeat in the Assembly polls. So, inste-ad of facing the people of Maharashtra, they are using EVMs as a cover.”

Mr Fadnavis also clai-med that the confused Opposition has no clue about the issues being fa-ced by the people. On the contrary, he added, his government has the capability to understand people’s issues and solve them.

“The Bharatiya Janata Party (BJP), under the leadership of Prime Minister Narendra Modi, won the Lok Sabha polls on the basis of ‘pro-incumbency factor.’ The same will be repeated in Maharashtra. All across the state, there is absolutely no anti-incumbency against the Mahayuti (grand alliance) government. The people have decided to bring the Mahayuti government back to power,” he said.

The chief minister, who was speaking at a rally in Gondia, also mocked the Opposition for facing a series of defections. He claimed that the rise in defections have forced Opposition leaders to promise their workers that they won’t switch sides.

The Opposition in Maharashtra has decided to hold a rally on August 21 to protest against EVMs. They are also demanding the re-introduction of the paper ballot system. The parties are expected to conduct a door-to-door campaign. The responses gathered from the people will be submitted to the EC.