Garbage mounts outside buildings in Mira-Bhayandar

As per the information received from the sanitation department, only 40 per cent of the societies have adhered to the norms. 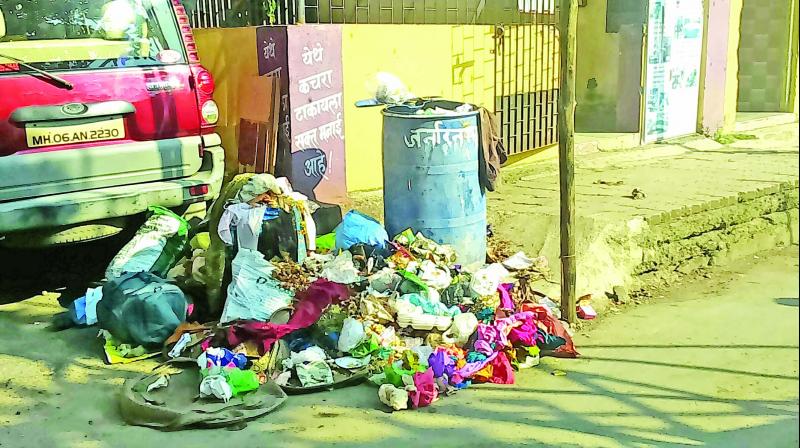 MBMC has stopped collecting from housing societies that fail to segregate dry and wet garbage at source.

Mumbai: Residents who don’t segregate waste have been left with mounds of garbage outside their buildings in Mira-Bhayandar region. Saddled with a daunting task of disposing off an overload of 500 metric tonnes of garbage generated by the twin-city every day, the Mira Bhayandar Municipal Corporation (MBMC) has finally decided to stop collecting from housing societies that fail to segregate dry and wet garbage at source.

The directions by the court regarding the implementation of the Solid Waste Management Rules, 2016, had prompted the civic administration to send out notices to around 7,000 housing societies in the region to separate wet and dry garbage into two distinct bins. It was tagged with a warning of stringent action, including refusal to collect non-segregated garbage and as well as snapping of water lines of repeat offenders.

As per the information received from the sanitation department, only 40 per cent of the societies have adhered to the norms. Stung by the defiance, officials have directed sanitation personnel to lift only the segregated garbage. Explaining his helplessness, deputy civic chief Dr. Sambhaji Panpatte said, “ We have no option but to enforce the law to curtail the twin-city’s burgeoning garbage problem. A certain amount will be charged towards atsource segregation from defaulting societies for a stipulated timeframe, so that all fall-in line.”