Pawar filed his nomination from Baramati segment, which he currently represents in the Assembly. 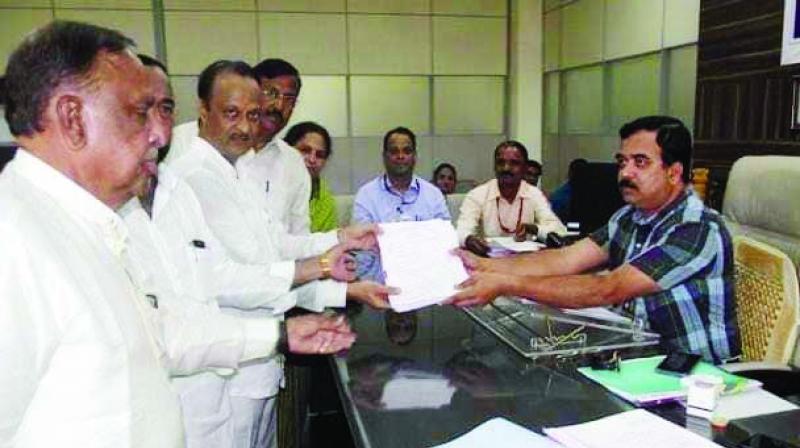 Mumbai: NCP leader Ajit Pawar was among the prominent politicians who filed their nomination papers for the October 21 Assembly polls on Friday — the last day of nominations.

Mr Pawar filed his nomination from Baramati segment, which he currently represents in the Assembly.

On Friday morning, he garlanded the statues of Chhatrapati Shivaji Maharaj and Dr. Bhimrao Ambedkar before beginning his rally towards the collector’s office — a major show of strength for the Maratha strongman.

The former Maharashtra deputy chief minister is pitted against BJP’s Gopichand Padalkar. “I do not have any doubt that I will get a huge response from the people of Baramati. On the day of result, Maharashtra will realise the huge faith people in Baramati have reposed in me,” Pawar told reporters.

The Enforcement Directorate (ED) had filed a money laundering case against NCP chief Sharad Pawar, his nephew Ajit, and 70 others on September 23, in connection with the `25,000 crore scam in Maharashtra State Co-operative Bank.

Just six days back, Ajit had resigned as an MLA, reportedly because he was unhappy with Mr Pawar being named in the scam.