The Sena had maintained earlier that it was the “elder brother” (dominant partner) in the saffron combine. 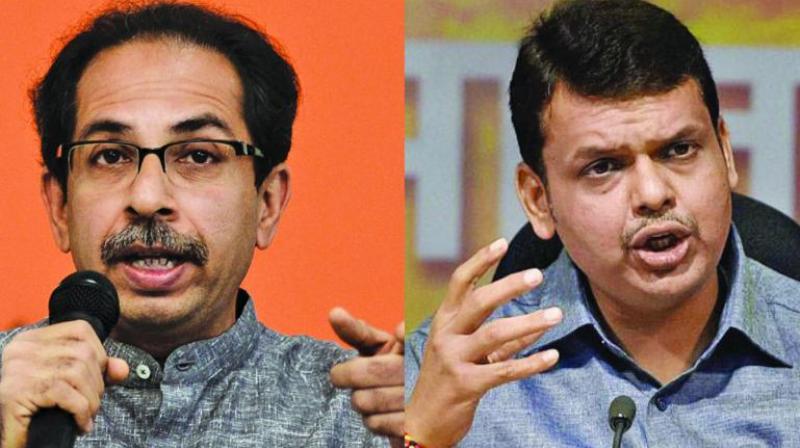 Its choice of candidates has resulted in disappointment, protests and even fistfights. (Photo: File)

Mumbai: Maharashtra chief minister Devendra Fadnavis and Sena chief Uddhav Thackeray were a picture of congeniality on Friday when they addressed a joint press conference on the last day of filing nominations for October 21 Assembly polls. The two leaders reiterating that “Hindutva” is the common thread binding the Bharatiya Janata Party and Shiv Sena, and asserted that their “alliance will post an unprecedented victory.”

But the BJP, which on Friday released its last list of candidates with seven names for the state Assembly election, has a tough task ahead.

Its choice of candidates has resulted in disappointment, protests and even fistfights.

A bodyguard of Ghatkopar East candidate Parag Shah — who was favoured over sitting MLA and former state housing minister Prakash Mehta — was roughed up and his car was damaged. Mr Mehta is facing allegations of irregularities in a south Mumbai redevelopment project.

In Borivali, party workers gheraoed Member of Parliament Gopal Shetty’s house after state education minister Vinod Tawde was denied a ticket, while Muktainagar, the constituency of former revenue minister Eknath Khadse — who was sidelined in the party following allegations of corruption and that he misused his office in a land deal — also witnessed protests as the leader, who had been representing the seat since 1991, didn’t figure on the
list. The BJP, however, has given the ticket to his daughter Rohini.

Other prominent leaders such as Raj Purohit, Vishnu Savara, Dilip Kamble and Chandrashekhar Bawankule have also been denied tickets.

Of the 288 Assembly seats in Maharashtra, the Shiv Sena will contest 124, smaller NDA allies such as RPI and RSP will contest 14, and the remaining 150 seats will be contested by the BJP, Mr Fadnavis said on Friday.

The Sena and BJP had contested the state polls separately in 2014.

Since BJP and Shiv Sena agreed on an alliance, both the parties have been dealing with large-scale protests from rebels in different parts of the state. In places like Latur and Navi Mumbai, protests even spilled on the streets.

While political observers have said that Mr Fadnavis has sidelined those who have made him uncomfortable, the BJP leadership claims that the situation is under control and has denied the existence of any rifts within the party.

Addressing the issue Mr Fadnavis said, “The roles (of party leaders) keep changing. Some party workers go to the Assembly and some work from outside the Assembly.”

Though there have been reports that all the rejected candidates have vowed to work for the party and accept whatever responsibility they are given, two hours after the announcement of the list, Mr Tawde held a press conference at the party headquarters in south Mumbai and said that his party should contemplate on the refusal of ticket.

“If the party has made any mistake by not giving me the ticket, it will introspect. But at this juncture, it is not the time to think about who has made a mistake,” he said, and then added, “I am a Rashtriya Swayamsevak Sangh (RSS) worker. I have been following RSS culture.”

Speaking about rebel candidates, Mr Fadnavis said, “They will be asked to withdraw within two days, or else they will be shown their place.”

In Nashik, Shiv Sena workers too were angered with the fact that all three seats in the city have gone to the BJP in the seat sharing pact. Shiv Sena leader Vilas Shinde even went on to announce that he is mulling to file nominations against BJP candidate Seema Hirey from Nashik East.

“We are in this alliance with our hearts and mind. There is no issue of who is elder brother and who is younger brother here,” the Sena chief said on Friday.

The Sena had maintained earlier that it was the “elder brother” (dominant partner) in the saffron combine.