He is known to be the richest corporator, having declared assets worth Rs 690 crore during the 2017 BMC polls. 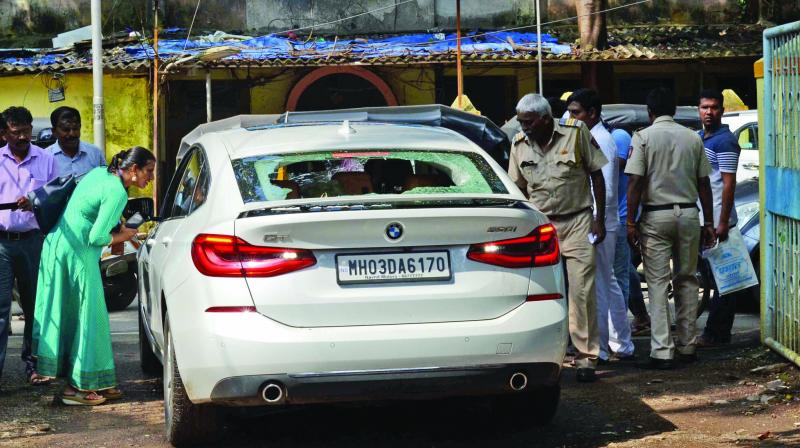 Mumbai: Parag Shah, a first-time corporator elected in 2017, was on Friday declared the Bharatiya Janata Party candidate from Ghatkopar East.

Not only is Mr Shah a first-time corporator, he is also a member of the standing committee in BMC. He is known to be the richest corporator, having declared assets worth Rs 690 crore during the 2017 BMC polls.

However, the decision did not go down well with incumbent legislator Prakash Mehta’s supporters, who gheraoed and vandalised Mr Shah’s car, when he went to Mr Mehta’s residence to seek his blessings.

The angry crowd also heckled and hit Mr Shah’s bodyguard. Things deteriorated to such an extent that Mr Mehta had to himself intervene and request angry party workers to cool down. Later in the evening, a video went viral which apparently showed Mr Mehta in tears.

Interestingly, the former minister — a six-time MLA since 1990 — had been instrumental in bringing Mr Shah into politics during the 2017 BMC elections.

“I have no angst against anything and will not file any complaint against anyone. Mr Mehta was not well, so he couldn’t accompany to fill the nomination form,” Mr Shah said.

The decision to deny the ticket to Mr Mehta, who was forced to resign as the housing minister due to corruption charges, did not come as surprise to locals.

Ghatkopar-based acti-vist advocate Ankit Shah claimed that there was already some speculation around his future after his name cropped up in several corruption cases.