There would be ban on private vehicles from plying on the roads every other day. 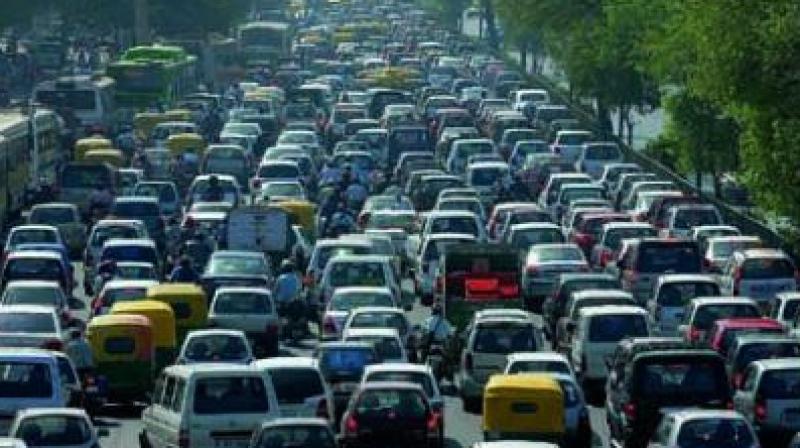 Petitioner Vaibhav Deshpande sought to reduce the traffic problem in Pune by introduction of the odd-even scheme. (Representational image)

Mumbai: The Bombay High Court has refused to entertain a public interest litigation seeking implementation of the odd-even formula for private cars to de-congest Pune roads. As per this formula, cars would be allowed to ply on roads on alternate days as per their number plate. In short, there would be ban on private vehicles from plying on the roads every other day.

Petitioner Vaibhav Deshpande had filed the petition expressing his idea of reducing the traffic problem in the city of Pune by introduction of the odd-even scheme.

Mr Deshpande’s lawyer Prashant Dharandale had told the court that in spite of sending 68 letters along with photographs, news and affidavits of evidence to the Chief of Justice of the Bombay High Court, the court did not take serious note of the same to initiate the matter.

During a hearing, the division bench of Chief Justice Manjula Chellur and Justice M.S. Sonak said that in the perception of the petitioner, the idea of introduction of odd-even formula according to the number plate of vehicles is ideal in order to have an ideal transportation system to reduce traffic congestion on the road. “However, this has to be decided by the persons who are taking policy decision and not the courts,” said the bench adding, “If the administration imposes any such restriction based on the number of vehicles, if such an act is arbitrary and not constitutional, then we would appreciate the public coming before this court expressing the menaces or calamities that can happen on account of introducing such a ban.”

The court also said that the perception of the petitioner may be appreciated as one of the remedies to reduce the congestion on road. “However, we cannot compel by an order or writ to implement the policy which is not yet taken as a policy decision by the authorities concerned,” said the bench.

While disposing of the petition the bench said, “Since the matter has to be decided altogether on a different floor, we direct the petitioner to approach the authorities concerned with representation and create public awareness to appreciate his perception so that the policy makers could consider his idea and then implement it.”