The trial court also refused NIA’s contention that there was no direct evidence against Sadhvi. 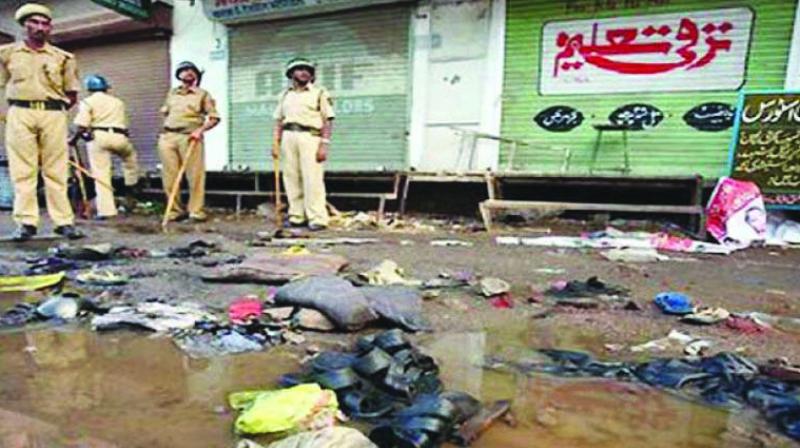 On September 29, 2008, an explosion had taken place at Bhikku Chowk, Malegaon that killed six persons and injured 100 persons.

Mumbai: Nisar Ahmad Bilal, whose son died in the 2008 Malegaon blast, has filed an intervention application in the Bombay high court to oppose Sadhvi Pragya Singh Thakur’s bail appeal. Mr Bilal’s lawyer Wahab Khan submitted before the court that the Maharashtra Anti Terrorism Squad (ATS) had in its probe gathered allegedly strong evidence against her in the conspiracy behind the blast and therefore her bail application should not be granted.

Mr Bilal in his application has said that his 19-year-old son Sayyed Azahar died in the said explosion and therefore any outcome in the hearing of this case will have a bearing on him and any observation made in order of the bail plea will also have an impact on the further prosecution of this case and hence he wants to intervene in this bail application.

A division Bench of Justice Ranjit More and Justice Dr Shalini Phansalkar-Joshi was hearing the appeal filed by Sadhvi Pragya Singh Thakur challenging the rejection of her bail application by the trial court.

Sadhvi in her appeal has stated that NIA in their chargesheet had given a clean chit to her as witnesses against her have retracted from their statement and hence, she must be released on bail.

In the month of June 2016, a special NIA court had rejected bail application of Sadhvi Pragya Singh Thakur saying there was prima facie evidence against her, though the NIA had not taken any objection on her bail plea.

While rejecting the bail application, the trial court had said that in the name of further investigation NIA re-examined witnesses, which were already there in ATS chargesheet. The trial court also refused NIA’s contention that there was no direct evidence against Sadhvi to prove she was part of criminal conspiracy. The NIA court said that the charges of conspiracy could be proved with the help of circumstantial evidence.

On September 29, 2008, a bomb explosion had taken place at Bhikku Chowk, Malegaon that killed six persons and injured 100 persons.