Coast Guard has informed all vessels, merchant navy ships and small fishing boats not to sail as a precautionary measure. 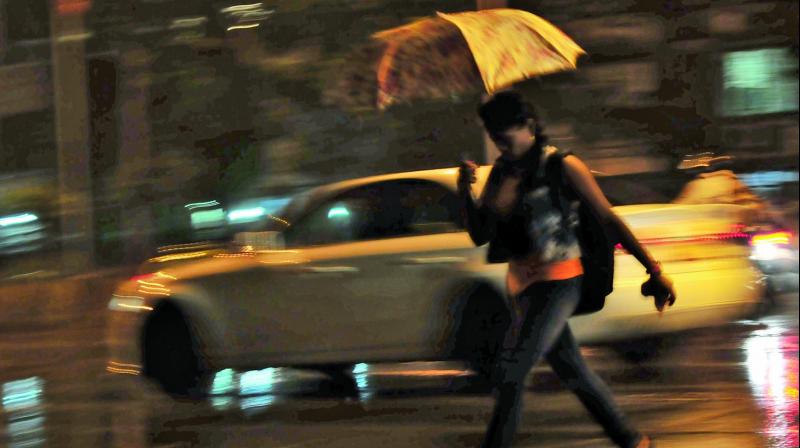 Mumbai: The Indian Coast Guard till Monday rescued 189 fishermen caught in choppy seas due to cyclone Ockhi even as Mumbai witnessed light showers in the evening. The cyclone which originated from south-east Sri Lanka and spread to southern parts of Tamil Nadu and Kerala, is likely to pass from Maharashtra on Tuesday and move towards Surat.

While cyclone Ockhi is the first tropical storm to have wreaked havoc in the southern Indian states of Kerala and Tami Nadu and islands in the Arabian Sea with Lakshadweep facing ramshackle conditions and as many as 19 lives lost, according to the Coast Guard, there is less cause for concern now. The Coast Guard has informed all vessels, merchant navy ships and small fishing boats not to sail as a precautionary measure.

The Indian Meteorological Depart-ment (IMD) issued an alert Monday, warning fishermen against venturing into the sea as coastal areas are likely to experience strong winds. As per IMD reports, till now, there has been no landfall in Maharashtra. IG, K.R. Nautiyal, commander, Coast Guard (western region), said, "There are about 20 ships and five aircraft deployed in the sea for rescue operations. Merchant vessels are also helping in rescue."

"We have issued warning to ships anchored near the Arabian Sea, Gulf of Khambat, and coastal side of Maharashtra, Goa and Karnataka. All state governments are cooperating in terms of rescue operations and alerting against cyclone Ockhi. We will be at sea till the last person is rescued. The governments are collating data about the number of people and ships missing," he said. The Indian Coast Guard has pressed a total of 12 ships and three Dornier aircraft and two helicopters for coordinated search in air and at sea and rescue assistance to stranded fishermen at sea.

Fishermen are unable to follow instructions due to lack of transponders. Plans to purchase new transponders for fishing boats are in the pipeline. A transponder is a wireless communication, monitoring or control device that picks up and automatically responds to an incoming signal.