Helpline to be promoted in 3,000 BEST buses

The helpline number, which was launched five years ago, is only displayed on their official website. 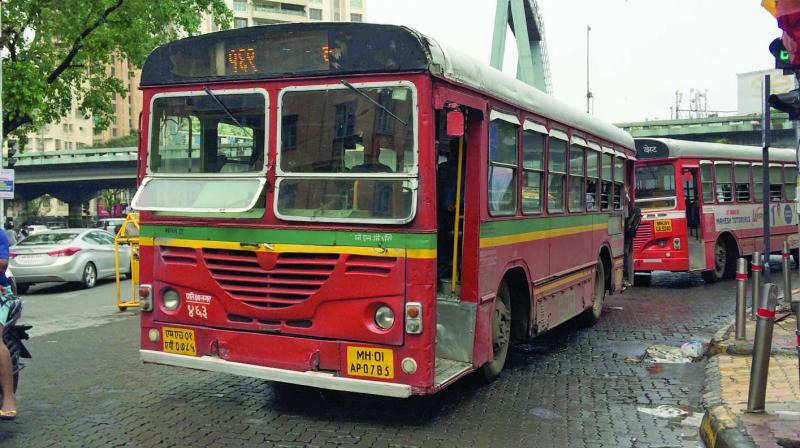 The BEST drivers and conductors have been given sensitisation training after complaints of their behaviour.

Mumbai: The Brihanmumbai Electric Supply and Transport (BEST) will advertise its helpline number, 1800-22-7550 inside around 3,000 buses for commuters, which can be used in cases of emergencies, accidents and to file complaints.

The BEST had received complaints from commuters, stating that there is no way for a commuter to complain because unlike the railways, the helpline number in this case is not prominently advertised.

The helpline number, which was launched five years ago, is only displayed on their official website.

The number is meant to be used in case of not just accidents where medical help is required, but also for motorists to complain against rash bus drivers or rude conductors for misbehaving with the commuters.

A senior BEST official said, “We have been asking our drivers to drive with care and make sure that they do not cause any accident.”

“In cases where our drivers or conductors are truly at fault, we will pull them up,” the official added.

The BEST drivers and conductors have been given sensitisation training after complaints of their behaviour. In fact, the drivers have also been specifically told to halt wherever a commuter might flag for a bus, irrelevant of it being a bus stop or not. The driver and the conductors have also been told to say namaskar to the commuters when they enter or exit the bus.