Sunburn gets notice for selling water, Booze above MRP

The legal metrology department said that they received various complaints that water bottles were overpriced. 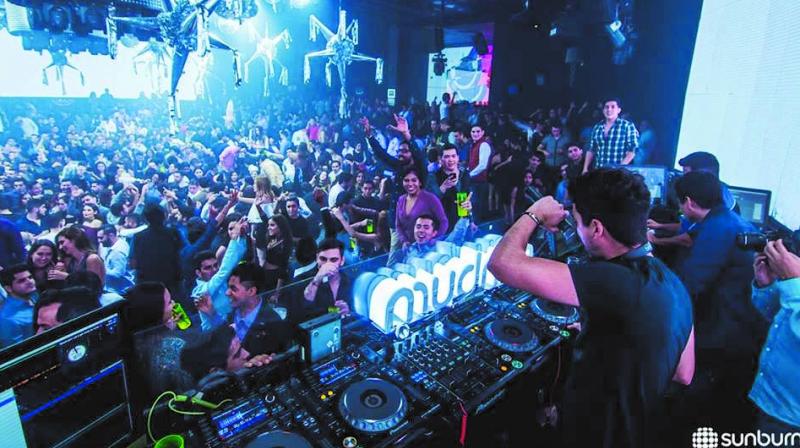 Known for electronic dance music, the festival was held in Pune for the first time from 28 December to 31 December.

Pune: In fresh trouble for organisers of the Sunburn Festival, the legal metrology department has sent them notice for selling liquor and water bottles at rates higher than the MRP.

Known for electronic dance music, the festival was held in Pune for the first time from 28 December to 31 December. Apart from numerous performances by singers and bands, the festival had art, a food court and a liquor section for the music enthusiasts. Two lakh people attended the festival over four days. Officials of the legal metrology department said that they received various complaints that water bottles were overpriced and liquor was being sold without proper scale.

D.L. Kove, deputy controller, legal metrology department, Pune, said, “After receiving complaints, our team visited the venue on the last two days. Water bottles which cost Rs 20 were being sold for Rs 50. We also saw that liquor was being sold with their own units. It is mandatory to sell liquor with scale prescribed by legal metrology rules.” “They need to pay a fine as per legal metrology rules 2011 which can range between Rs 1000 and Rs 15,000. If they do not pay fine, we will file a case,” said Mr Kove. However Harindra Singh, CEO, said he hadn’t received any notice and no complaint had been filed against them.