The opposition parties, (Congress and NCP) were hoping for the rift between the BJP and Sena to widen ahead of the budget session. 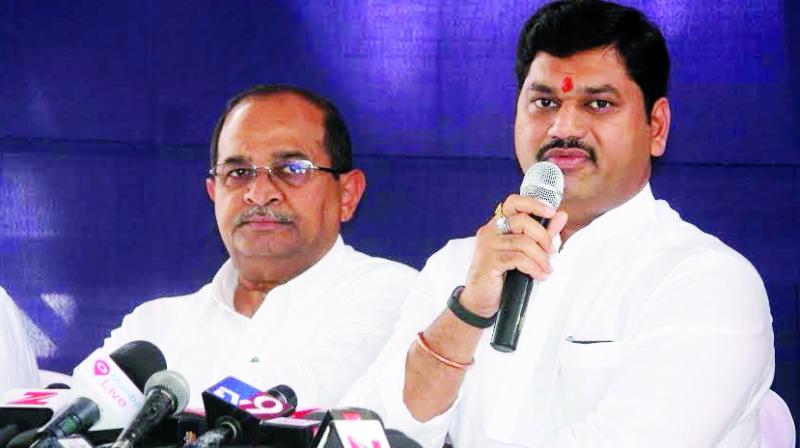 Mumbai: Looks like the opposition parties in Maharashtra are totally demoralised ahead of the crucial budget session of the state legislature. Devastating defeat in the recent civic polls as well as the patch-up between Bharatiya Janta Party (BJP) and Shiv Sena over mayoral elections seems to have washed out the aggression of opposition. But still trying to put up a brave face, the Congress and Nationalist Congress Party (NCP) leaders boycotted the chief minister’s  customary tea party on Sunday.

The opposition parties, (Congress and NCP) were hoping for the rift between the BJP and Sena to widen ahead of the budget session. But chief minister Devendra Fadnavis served a masterstroke by withdrawing BJP candidate from the mayoral elections, thus avoiding any ugly scenes between the saffron parties. The CM’s calculated move crashed Congress-NCP’s hopes of destabilising the government in the middle of the session.

On Sunday, opposition leaders of both houses met in Mumbai to decide their strategy. Congress leaders Radhakrishna Vikhe Patil, Dhananjay Munde, Prithviraj Chavan , Jayant Patil of PWP, deputy chairman in council Manikrao Thakare and others were present in the meeting. The leaders decided to corner the BJP government over loan waiver, malnourishment and murder of political workers among other issues.

Opposition leader in the assembly, Mr Vikhe Patil said, “After a month long mudslinging against each other and calling names, the BJP and Sena have proved that they both are real Kaurav. Both of them have fooled the common man of Maharashtra. We will expose their game in the house.” Mr Munde asked the CM to prove his majority in the house. “It is their duty to give confidence to the people that the government is stable.”