Metros   Mumbai  06 Mar 2017  Constable killed self as he was unhappy over his engagement
Metros, Mumbai

Constable killed self as he was unhappy over his engagement

One of Singh’s colleagues heard him arguing with his father, just minutes before the RPF constable shot himself. 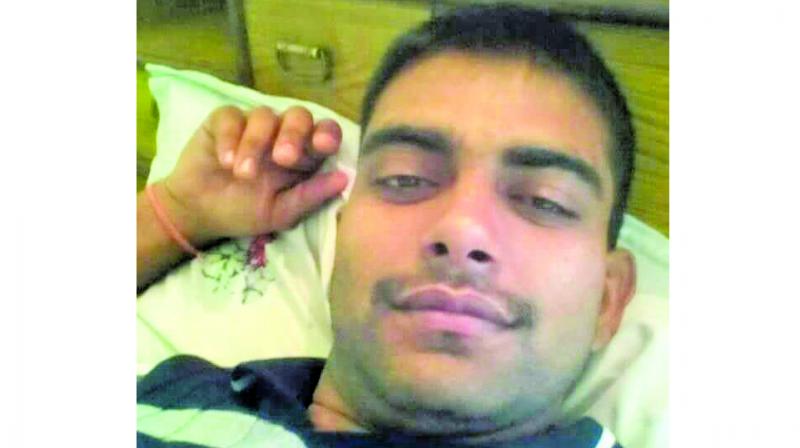 Mumbai: The investigation into the incident of the Railway Police Force (RPF) constable Dalvir Singh shooting himself in the chest at the Mumbai Central terminus on Saturday night, has revealed that the 25-year-old was not happy with his engagement and was in love with someone else.  The probe has also revealed that he had an argument with his father Rajendra Singh over the phone just minutes before committing suicide. The incident took place at 9:30 pm on Saturday.

One of Singh’s colleagues heard him arguing with his father, just minutes before the RPF constable shot himself.

The colleague added, “We knew that he was not happy with the engagement and he was supposed to go to his village in Haryana by March end and get married.” He also said, “We heard him arguing with his father over the phone and maybe an hour after the heated argument we heard the shot.”

The mood at RPF headquarters in Mumbai Central Terminus was sombre as Mr Singh’s colleagues carried his body into August Kranti express that left Mumbai Central at 5:40 pm yesterday.

One of Mr Singh’s colleagues refused to talk about the incident, saying that “I cannot tell you anything, please leave me alone.” Singh had joined the RPF six months ago and was given the duty of patrolling the passenger trains.

Western Railway’s (WR) chief security commissioner, Udai Shukla said, “We cannot say anything right now as the investigation is underway. All we know is that he shot himself near the lockers where personnel keep their personal belongings before heading to duty.”

Singh reportedly used an AK-47 to kill himself and was taken to Nair Hospital where he was declared dead upon arrival. His parents and three sisters survive him.