The Mumbai traffic police has issued guidelines for daily road travellers and students, asking them to plan their commute. 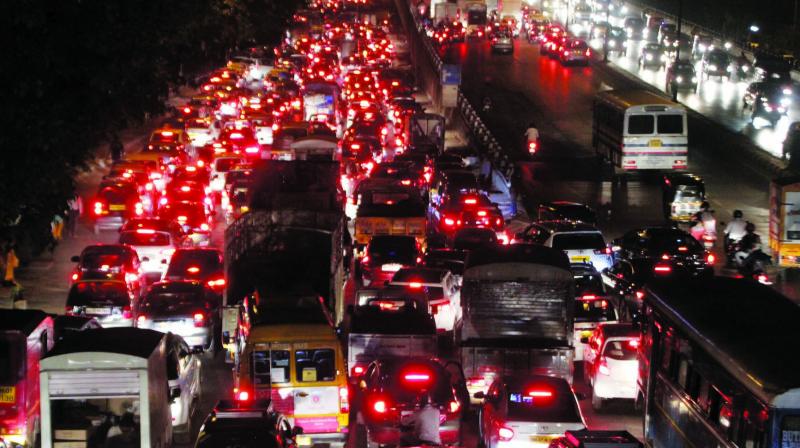 Mumbai: The entry of heavy vehicles will be banned in Mumbai due to a rally planned by the Bharatiya Janata Party (BJP) on Friday to mark its 38th Foundation Day.

The Mumbai traffic police has issued guidelines for daily road travellers and students, asking them to plan their commute. Traffic restrictions will be in place from 7 am to 10 pm, the police said.

The Mumbai police will, meanwhile, provide a massive security cover to the senior party functionaries set to visit the rally.  The police has informed its counterparts in Thane City, Rural and Navi Mumbai police to hold up or divert the traffic of heavy vehicles if need be, but not to allow them to cross over to Mumbai from any of the entry points.

“The roads will be open for routine travellers but it is advised that people avoid them as far as possible. If these routes witness heavy traffic, steps will be taken, including diversion of vehicles,” said an officer of the traffic police.