The idea was suggested by NGO Vanashakti, in an application to the National Green Tribunal. 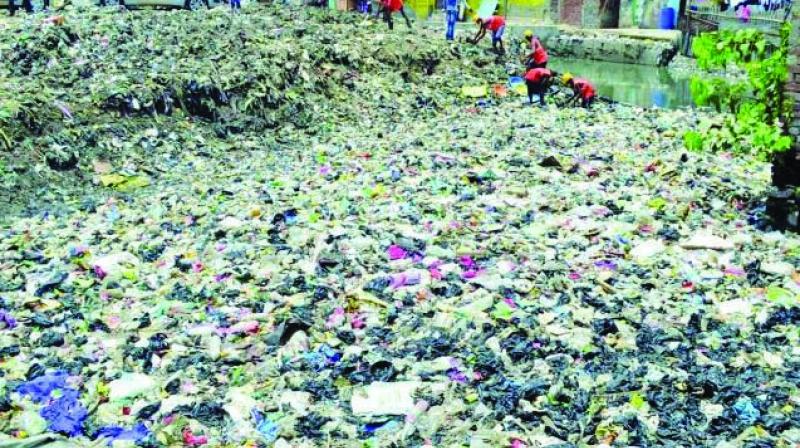 Mumbai: The Maharashtra Pollution Control Board (MPCB) has agreed to install nets in Mumbai's stormwater drains to prevent waste from reaching the mangroves and beaches following suggestions from environmental NGOs. In an application to the National Green Tribunal, the NGO Vanashakti had stated that installation of nets in storm water drains is the need of the hour to stop the solid waste from entering the creeks, water-bodies and the sea and should be installed by the municipal corporation.

“However, not only have the respondents failed to pay any heed to the suggestions of the applicants, but also in implementing the Maharashtra Non-Biodegradable Garbage (Control) Act, 2006, Water (Prevention and Control of Pollution) Act, 1974, Coastal Regulation Zone Notification, and Wetland Rules 2017,” read the application.

“When you stop the trash in the nullahs (stormwater drains), less waste will reach the mangroves and beaches. Even repeated clean-ups at these sites makes it hard to get rid of all the waste from the sea, as with every high tide, fresh waste comes in and accumulates near the roots of mangroves,” said Stalin Dayanand, Project Director, NGO Vanashakti. The MPCB too has agreed to the option. “We have looked into the option and it will help in reducing waste reaching at the sea,” said Dr. P Anbalagan, member secretary, MPCB.

But the Brihanmumbai Municipal Corporation has sought time  to look into the feasibility of the option. “ We have asked for10 days time in the NGT to file a reply on this matter,” said a senior BMC official.