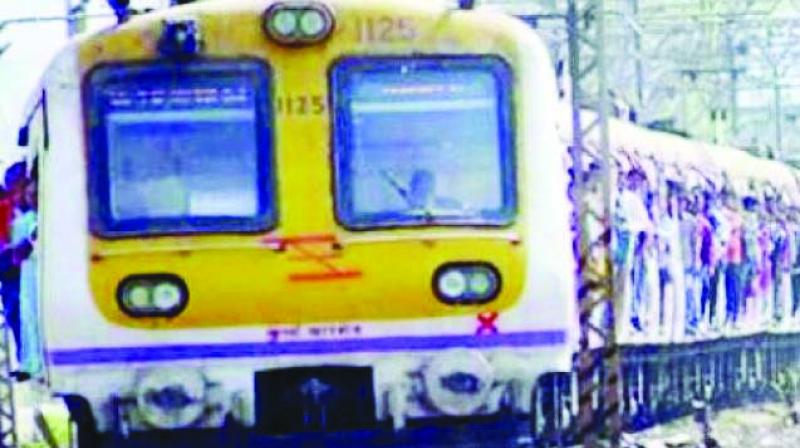 MUMBAI: A 35-year-old catering firm woman employee, Lata Gangadhar Naidu, fell off a CSMT-bound 'fast' train in Diva on Thursday morning allegedly after losing her balance, after which her left leg got crushed when it came under the wheels.

Naidu, who was onboard a ladies' coach, fell onto the tracks near a level-crossing gate after the train had left platform number four of the Diva railway station at around 7.50 am. She was rushed to a hospital where her left leg had to be amputated by doctors.

The woman was first hospitalised at Jivadani Hospital and later she was shifted to Mamata Hospital in Dombivali for treatment. Thane government railway police (GRP) has registered a case of accident.

According to a senior Railway Protection Force (RPF) officer, Naidu had boarded the train and fallen off while the train was leaving from Diva station.

The reason for her falling may be overcrowding or she may have lost her balance. Senior police inspector of Thane GRP station, Rajendra Shirtode, said that Lata Naidu boarded the Kasara-CSMT bound train from platform number 4 of Diva station. She was going to CSMT for her catering job. But she fell near the LC gate and was taken first Jivadani Hospital.

The incident took place at 7.50 am. “We have registered a case of accident,” Shirtode added.

He further added that as per her statement she had lost her balance.

A senior CR officer said that if Lata were a bonafide passenger, then she would be given a compensation of Rs 25,000.

On April 11, 2018, Ranjnish Singh (25), who was a sales executive, died after falling from overcrowded train between Diva and Kopari. On January 22, 2018, Marathi film actor Praful Bhalerao (22), who died, was supposedly leaning from the footboard of a local train when it started gaining speed on its way out of Malad platform no. 2, making him lose grip and fall off. The Railways is fraught with such incidents.