The observatory in Thane-Belapur Industrial Association area recorded 213.4 mm rainfall during the 24 hours ending at 8.30 am on Monday 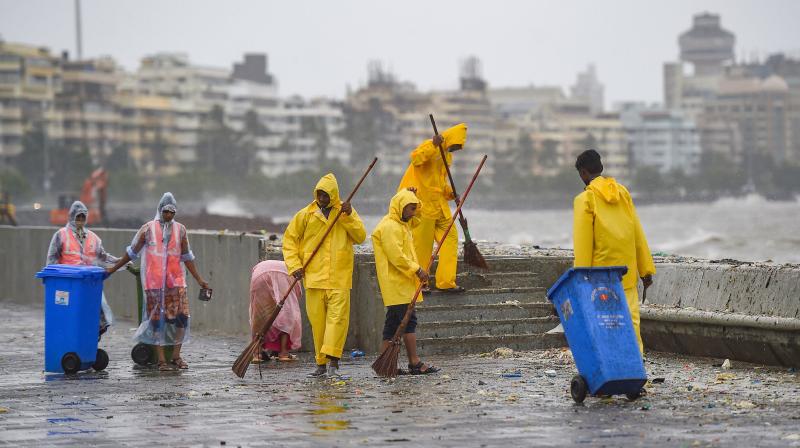 Mumbai's suburbs and neighbouring Thane district received over 100 mm rainfall in the last 24 hours, the IMD said on Monday and predicted more heavy showers in those areas and other parts of Konkan Maharashtra.

The observatory in Thane-Belapur Industrial Association area recorded 213.4 mm rainfall during the 24 hours ending at 8.30 am on Monday.

Besides, the Nashik weather station reported 13.4 mm rainfall, the Ratnagiri bureau and the Harnai observatory in the district recorded 5.4 mm and 5.9 mm rain, respectively, and the Osmanabad district in Marathwada region of the state recorded 7.4 mm downpour during the period.

Hosalikar said the satellite images suggested dense clouds over Saurashtra and Kutch regions in Gujarat, and warned of extremely heavy rainfall in those areas.

Mumbai and other parts of the Konkan region have been experiencing heavy rains since Friday.

On Sunday, the Powai lake in suburban Mumbai started overflowing after the heavy downpour.