Later, Mr Lokare along with his followers met Sena chief Uddhav Thackeray at Matoshree and joined the party. 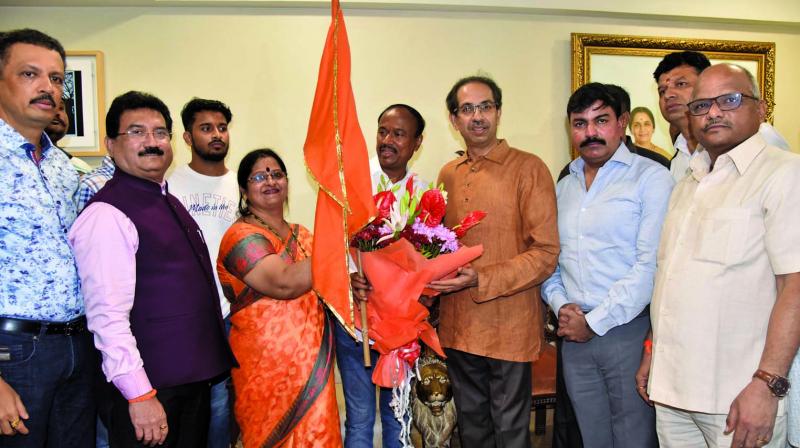 Mumbai: Adding to the list of Congress leaders defecting to the saffron alliance, Vitthal Lokar, a three-time corporator from Shivaji Nagar in Mankhurd joined the Shiv Sena on Monday.

Mr Lokare, accompanied by his wife Sunanda, who is also a former corporator, submitted his resignation to city mayor Vishwanath Mahadeswar and municipal commissioner Praveen Pardeshi.

Later, Mr Lokare along with his followers met Sena chief Uddhav Thackeray at Matoshree and joined the party.  Speaking to The Asian Age, Lokar said, “I have always been a Shiv Sainik. Mankhurd is a mini Dharavi and I am committed to developing it. I will accept any duty given by my party.”

It is to be noted that Mr Lokare was in the Sena till 2005, when he left the party along with Narayan Rane, who like him, joined the Congress. Mr Lokare is likely to get a Sena ticket to fight from Mankhurd constituency in the upcoming Assembly election.

Mr Lokare has been a corporate from Shivaji Nagar since the last three terms. His re-entry into was on expected lines ever since he began voting in favour of the saffron party in ward committee elections.