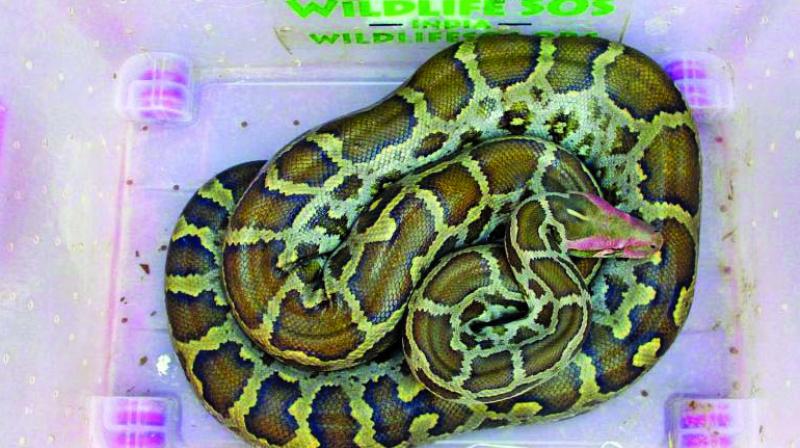 Mumbai: A Mumbai-based NGO rescued and relocated nine snakes — two of which were venomous — from residential areas in Mumbai on Saturday and Sunday, when the city was reeling under a torrential downpour.

The forest department had veterinarian Dr Manish Pingle examine the reptiles before they were released. “I examined a 10-foot-long Indian rock python weighing 10.250 kg, which was heavily infested with ticks. If these were not removed, it could cause harm in the long run. After keeping the snake under observation, it was released in its natural habitat.”

Sandesh Dhage, a resident of Ashok Van in Dahisar (east) was among the first to call for help after a snake had entered his house. Nisha Kunju, who dealt with the rescue calls on the PAWS-ACF helpline, said, “Our volunteer Akash Pandaya immediately reached the spot after Mr Dhange sought help and found a 10-foot-long Indian rock python inside his kitchen. His distress call had been forwarded to PAWS by the police control room.”