Both the Congresses fought the 2014 assembly elections independently. 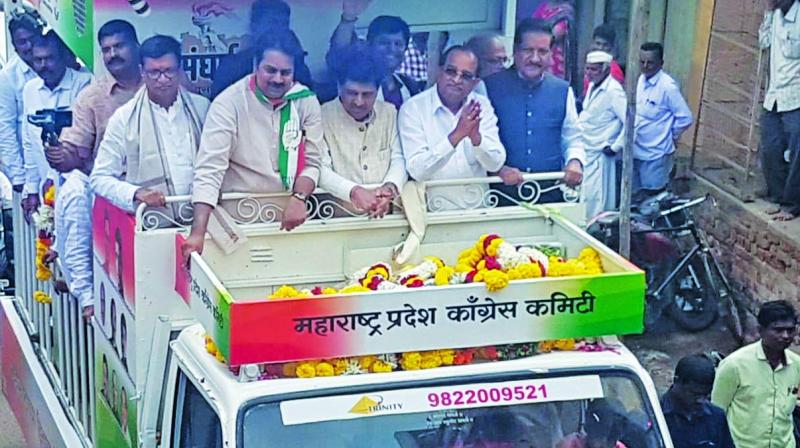 Mumbai: The Congress and the Nationalist Congress Party (NCP) are clearly headed towards a confrontation even before seat-sharing talks between them are yet to begin. Congress leaders have indicated that former minister Harshvardhan Patil would contest from the Indapur assembly constituency. During the Jan Sangharsh Yatra on Wednesday in Indapur, the party’s state chief Ashok Chavan declared, that if necessary, he would speak to the party president for this seat. On the other hand, the NCP already has an MLA from this constituency and party leader Ajit Pawar has decided against giving up the seat for Mr Patil.

Both the Congresses fought the 2014 assembly elections independently. Hence, there are 11 seats, where one of them emerged winner and the other came second. Indapur, Pune is one such seat where former Congress minister and heavyweight leader Harshvardhan Patil lost to the NCP candidate. With both parties on the verge of pre-poll alliance talks, there is speculation among party workers about who is going to contest as an alliance candidate on these 11 seats.

”We need Dhoni, Virat to win the match this time. Harshavardhan will get a good score. So, when the time comes, I will personally speak to Congress president Rahul Gandhi and NCP chief Sharad Pawar about him,” said Mr Chavan.

But the NCP leadership, and particularly, Mr Pawar are strongly against giving up the seat to the Congress. When he was in Indapur in May, Mr Pawar had said that despite pressure of the alliance breaking, his party would not put aside its claim over the Indapur assembly constituency. With both sides having taken a strong stand now, it is clear that they are heading for a confrontation over these few seats despite talk of a seat-sharing alliance.