Shinde gave the order on Wednesday in a meeting with MSRDC officers. 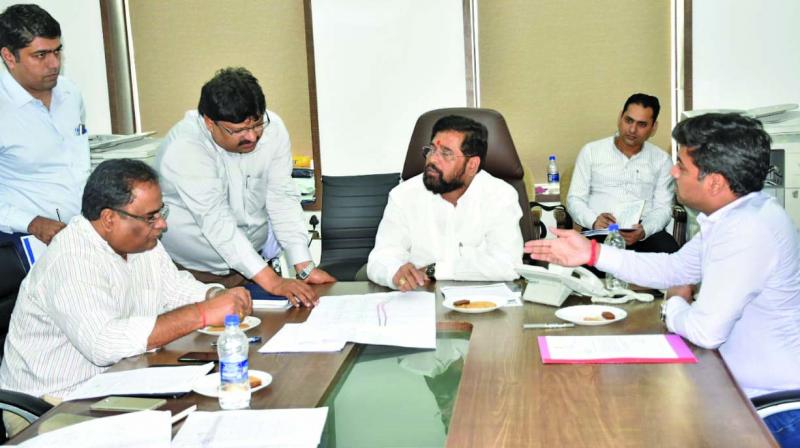 Mumbai: The Public Works Department minister Eknath Shinde has issued instructions to the Maharashtra State Road Development Corporation (MSRDC) to start work on the sixth lane of the road from Shil Phata to Kalyan.

Mr Shinde gave the order on Wednesday in a meeting with MSRDC officers. The entire project will cost Rs 213 crore. This will help people from Navi Mumbai, Bhiwandi, Kalyan-Dombivali, and even Ambarnath.

In a meeting held at Mantralaya on Wedn-esday, Mr Shinde saw the presentation on the Kalyan to Shil Phata road. The 21km road currently has four lanes but the land acquisition for six lanes has been completed for 16 out of the 21km.

“As the Mumbra bypass has been closed down for work, the Kalyan to Shil Phata road is witnessing heavy traffic. So, orders have been given for work to be started immediately. The utility shifting will be started within a few days,” said Mr Shinde.

The road is also facing traffic jam issues at Katai Naka in Dombivali and Patri Bridge in Kalyan. So, construction of the new bridge at Patri Naka, Kalyan, has also been included in the current project, said Mr Shinde.

There will also be either an over-bridge or underground bypass at two places on this road. One at Palava area that is witnessing traffic and also at Taloja bypass junction. Work at both sites has been cleared on principle in Wedn-esday’s meeting.