Pune girl dares Kadam to lay hands on her in video

Dimble-Patil has been involved in social work for a couple of years and worked to curb harassment of women in colleges or her locality. 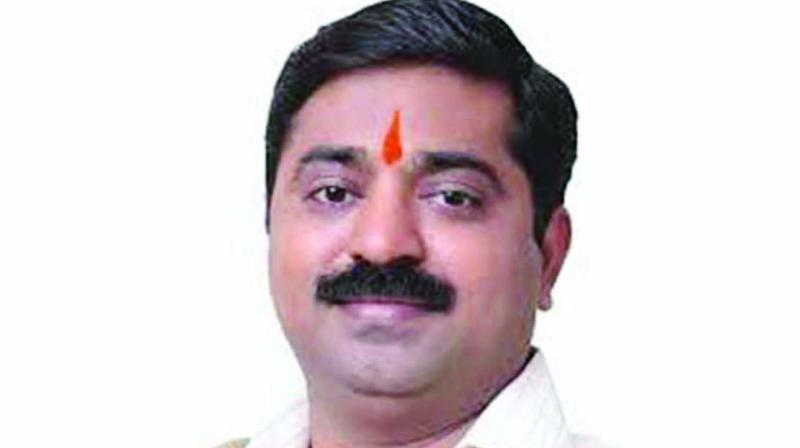 Pune: In the wake of Bharatiya Janata Party (BJP) legislator Ram Kadam’s controversial remarks about kidnapping girls on behalf of their spurned suitors, a Pune woman issued an ‘open challenge’ to the MLA, daring him to lay hands on her.

Minakshi Ganesh Dimble-Patil (22), an accountant who works for a private firm, is seen in the video telling the leader in Marathi, “Mr Ram Kadam, I challenge you. You call me to Mumbai, or I will come there... Just try and so much as touch me and see what happens next. Your statement is scandalous, crass and shameful… We live in Maharashtra, which is the home of Shivraya (Maratha emperor Chhatrapati Shivaji Maharaj). In this state, a woman is respected as a goddess. So, there is no place for your statements, which are in extremely poor taste.” She also dared the BJP legislator to meet her face-to-face. “In the past as well, I tried calling you when you made similarly controversial statements, but you didn’t respond... Now, I'm awaiting your phone call,” she is heard saying in the 80-second video.

Speaking about what prompted her to make the video, Ms Dimble-Patil said she was amazed to see that no woman or political party condemned Mr Kadam’s language even after the video had gone viral.

Ms Dimble-Patil has been involved in social work for a couple of years and worked to curb harassment of women in colleges or her locality.  She and a few friends run a Youtube Channel ‘Hindavi Swarajya Maza’ and a Facebook page — which has over a 1,000 likes —with the same name which offers the youth a platform to express their opinions on various social issues. She said, “We tried to file a complaint at the Chiragnanagar police station against Kadam, but the police is not cooperating. We plan to go to Ghatkopar to meet him,”she said.