The MMRC has assured the BMC tree authority that it will plant six times the number of trees axed. 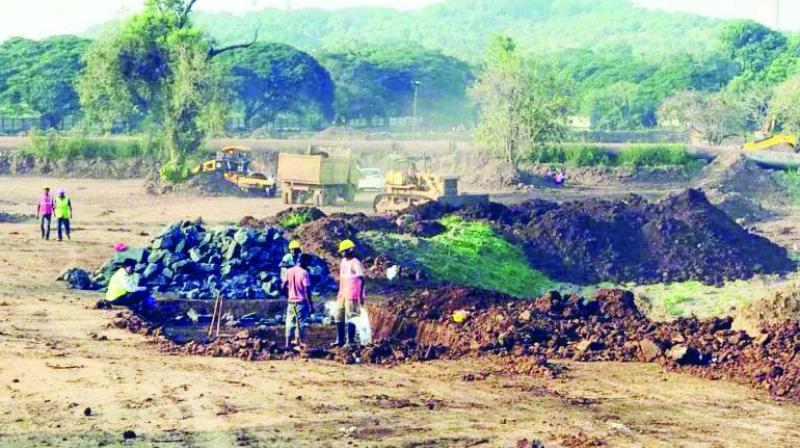 Mumbai: While the Mumbai Metro Rail Corporation (MMRC) has been claiming that the Metro 3 line will be environmentally-friendly, activists say they have busted its claims about non-availability and non-feasibility of sites other than Aarey Milk Colony for the car shed.

The activists have highlighted that while the MMRC has been saying that the Metro 3 is needed for better transport, the objection is to the metro car shed inside Aarey, which will result in large-scale destruction of green area.

The MMRC has been claiming that other sites like Kanjurmarg and BKC are not technically feasible.

“The state expert committee members have not been given data on alternate sites. No technical studies have been carried out for alternative sites. RTIs have elicited zero response. The queries have come back saying no such report is available,” said Stalin Dayanand, project director, NGO Vanashakti.

The metro rail body has also said that with the car shed at Aarey, it will be possible to replenish green cover in the adjoining region with native species.

The MMRC has assured the Brihanmumbai Municipal Corporation’s (BMC) tree authority that it will plant six times the number of trees axed.

“There is no space in Aarey to plant compensatory saplings; the land has been grabbed by the slums. Plantation at Sanjay Gandhi National Park (SGNP) is also not feasible — it will destroy the grazing lands of herbivores,” said Mr Dayanand.

The MMRC has said that a minimum cost of construction of the facility will be incurred, as against spending `1,200 to 1,500 crores on treating marshy land at Kanjurmarg, which is also private land.

“Land is not marshy and Metro 6 is already having its car shed there. Also, Metro 3 and Metro 6 lines are intersecting at Seepz so where is the question of additional costs! Both lines can share tracks and depots at Kanjurmarg,” said Amrita Bhattacharya, member, Aarey Conservation Group.

Environmental activist Zoru Bathena said, “In 2015, the collector informed the high court that the Kanjurmarg plot is owned by the government.”